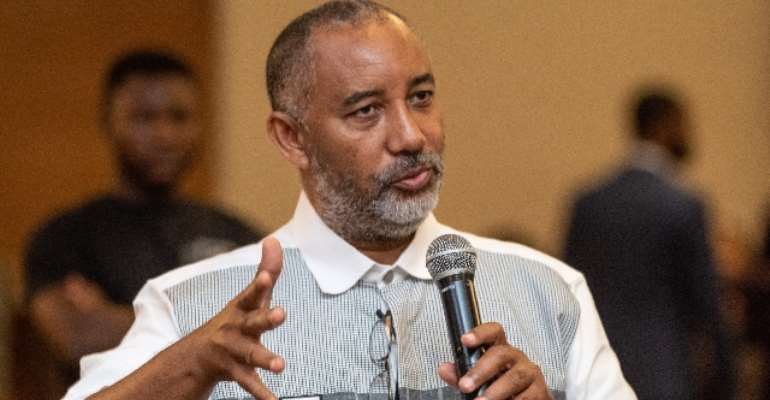 An Energy Expert and former Chief Executive of the Ghana National Petroleum Corporation (GNPC), Mr Alex Mould has chided government's assertion that it made over $7billion savings from the cancellation of some Power Purchase Agreements (PPA)'s signed erstwhile in President Mahama's administration.

He said a PPA is signed between Independent Power Plant (IPP) investor and the offtaker (in this case Electricity Company of Ghana (ECG)), and that no where was Government directly a party to that agreement.

He revealed that government "is only involved when the investors' financiers require a guarantee to mitigate political risk."

According to him, since government was not obliged to give such political risk support to the IPP development, "in the form of a Governmemt Consent and Support Agreement (GCSA) or in more recent times a Put/Call Option Agreement (PCOA), unless of course the government wanted a particular IPP developed, all the PPAs would expire worthless as no IPP could be developered without the explicit support of government"

In his latest educative series on project financing, the Energy and Finance expert said a PPA was not the end of the transaction but rather a necessary requirement to get the investor's financiers interested in commencing the approval process.

Mr Mould stated that since the IPP investors had not reached a financial investment decision to move forward with the IPP projects they thus had not committed financially to the project and that, "this cannot be said to be costing the Government of Ghana significantly, let alone $7B (USD)."

"How then does cancelling a number of PPA's when Investors' financiers have not committed to these IPPs (with no mention of accompanying Government Consent and Support Agreement/PCOAs), save the Government of Ghana so much money?" he queried.

Mr. Mould who is also the former Executive Director of Standard Chartered Bank said such "references are disturbingly misleading to the public, and can only be alleged either from a strong point of ignorance of the overall process or simple political maneuvering - or both."

Read Full Statement:
PPA CANCELLATION: - NO SAVINGS MADE - ALEX MOULD
In recent times, there have been discussions about the current administration's ability to save the people of Ghana USD7 billion by terminating some of the Power Purchase Agreements (PPAs) signed with Independent Power Producers (IPP)'s during the former administration under H.E John Mahama.

These PPAs - initiated by the Electricity Company of Ghana (ECG) and approved by PURC were entered into with the aim of resolving the power crisis at the time (Dumsor) - are being portrayed as some of the reckless agreements the NDC govt entered into and which the NPP Govt is seeking to rectify.

In order to decipher the validity of this claim, it is important to stay educated on the overall process and nuisances surrounding any IPP investor's ability to obtain financing for a power plant project end-to-end.

One must also understand the role of important agreements in the value chain of such Power Purchase Agreements (PPAs), Government Consent and Support Agreements (GSCAs) etc., and appreciate the roles of key participants such as Off-Takers, Financing Institutions/Creditors, Government, etc.

This dynamic dilemma of balancing these two adjoining work streams (1: Demonstrate promise of financing capability 2: Provide assurance of credible off-take) creates a known “chicken and egg” situation for the IPP investor i.e. which one comes first?

To move forward in the process and be taken seriously by its financing partners, the IPP investor must work diligently to enter a signed PPA with Off-Taker (i.e ECG).

This PPA allows for required due diligence activities required by financing partners (i.e. banks) to commence, which include investigating validity of demand, and the creditworthiness of the counterparty (i.e. ECG) to fulfill its obligations.

To demonstrate the “chicken and egg” realities embodying this early stage of the process, please note that before entering the PPA, the Off-Taker (ECG) also seeks to comfort from the financial institutions backing the IPP investors, and uses these interactions to assess the IPP investor's overall financial whir-withal to reach financial close, known as Financial Investment Decision (FID), to bring the IPP development to fruition;

Following the requirement of obtaining a solid PPA with ECG, financing partners of the IPP investor reviews the country's political risk, and most likely will require government support in the form of a Government Consent and Support Agreement (GCSA) or a Put/Call Option Agreement (PCOA)).

This agreement is necessary if the financial institutions believe, as in the normal practice in developing countries, that there is a high potential of interference by Government (current or future administrations) which may jeopardize the IPP investor's ability to meet its obligations to them.

To partake in a solid GCSA /PCOA with any serious IPP investors, it is common knowledge that the Government of Ghana was unable to instill the long-term confidence required independently, and needed the backing of renowned credit worthy development financial institutions such as World Bank, AfDB for the tenor required (approximately 15 years). In other words, any serious IPP investor, together with its financial partners, who entered into a PPA with ECG from 2006 onwards, would not be able to build the Independent Power Plant in Ghana unless it had supportive assurances made by the Government of Ghana's (which would have to be credit-enhanced by a development bank such as World Bank or AfDB).

Take for instance the eniGhana Sankofa-Gye-Nyame gas project; as a requirement for support of the E&P gas development project, the World Bank was also required to support the financing of the 4 IPPs to off-take the gas to produce power (Gas2Power) by backing the PCOA issued by government required for the financing of the IPPs, the PCOAs issued by Government of Ghana was credit enhanced (i.e supported) by the World Bank.

In this project, the World Bank acted in two key roles - as credit enhancer to the chosen IPP and also to the SGN Gas Project directly . Without this innovative arrangement, the project would not have been executed.

Please note that when a PPA is signed between an IPP investor and ECG, Government is not obliged to give a PCOA unless the Government finds it necessary to do so i.e. unless Government wants that particular IPP developed.

Giving the lack of creditworthiness, and common challenges to recover full execution costs that have plagued the power industry for years, no Independent Power Producer (IPP) investor will endeavor to build an IPP without clear support by Government (GCSA/PCOA).

In short, without a GSCA or a PCOA no IPP can be developed irrespective of the strength of the PPAs signed between ECG and IPP investor.

So, a PPA on its own - without a GCSA/PCOA - is only a preliminary requirement, in a very long negotiating process.

A PPA on its own does not guarantee the financial backing of an IPP investor, and is used by IPP investors to simply kick-start the process of garnering early interest of financial institutions in the potential opportunity. And normally, a timeframe is stipulated in a PPA for the investor to obtain final investment decision (FID) from its financial institutions after all the above due diligence has been fully undertaken

In actuality, only about 6/7 PPA's have resulted in government backing these developments by the issuance of a GCSA/PCOA since 2008, and each GCSA/PCOA also has been credit enhanced (supported) by a AAA credit development financial organisation such as the World Bank or AfDB (again, at the request of the Government of Ghana).

How then does cancelling a number of PPA's (with no mention of accompanying GCSA/PCOAs), save the Government of Ghana so much money?

These PPAs which have not reached a financial investment decision to move forward with the IPP investment, cannot be costing the Government of Ghana significantly, let alone USD7bn .

Such references are disturbingly misleading to the public, and can only be alleged either from a strong point of ignorance of the overall process, political maneuvering - or both.

It is our duty to keep the Citizens of Ghana informed.