Trust Me, John Mahama Will Never Be President of Ghana Again – Part 3 (Final) 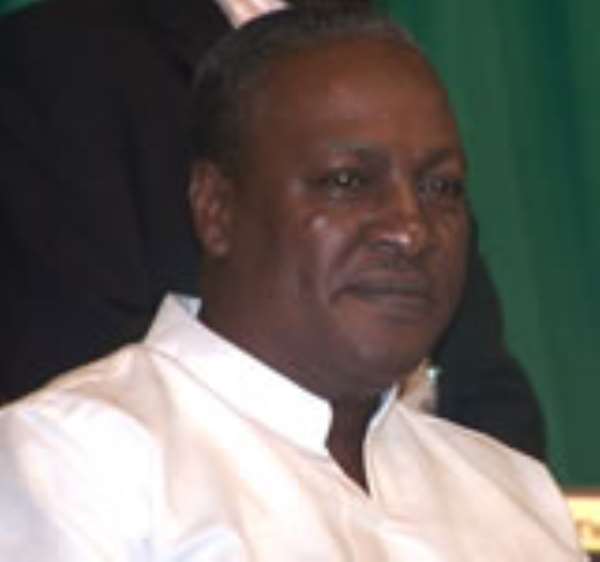 We have gone this trite and jaded path before vis-à-vis President Akufo-Addo’s rather disappointing – and some would even say, inexcusably outrageous – decision to appoint some 110 ministers and deputy ministers, after presenting an initial list of some 19 substantive cabinet appointees as his main managerial point men and women. Back then, at the very beginning of his administration, the reason given by him for selecting so many cabinet appointees was that the work facing him was pretty enormous. I personally thought that his kind of reason did not quite muster the logic of moderation and fiscal discipline on which he had been campaigning and earnestly pleading to be entrusted with the highest office of the land in the leadup to the 2016 general election. At one point, Candidate Akufo-Addo had even asserted that he could efficiently manage the affairs of the country with half the number of the Mahama cabinet appointees.

But guess what, Dear Reader? It turned out that Nana Addo Dankwa Akufo-Addo was pointedly accurate in his assessment. It would not take Ghanaians very long to discover to our utter surprise and even horror that, in reality, former President John Dramani Mahama had, indeed, appointed far more cabinet operatives than this most devious and secretive military fatigues-sporting former Commander-in-Chief of the Ghana Armed Forces had let on to the Ghanaian public. In actuality, going by the double-salary drawings of the members of the Mahama cabinet of the previous regime, the former President had, in fact, appointed twice as much as the much-maligned 125 ministers, according to Alhaji Mustapha Iddrisu, that President Akufo-Addo had appointed, in order to enable the former John Agyekum-Kufuor-appointed Attorney-General and Minister of Justice effectively tackle the humongous task, and mess, to be certain, bequeathed him by the former National Democratic Congress’ Member of Parliament for the Gonja-West Constituency, in the present-day Akufo-Addo-created Savannah Region.

What the foregoing, in essence, means is that, salary-wise, former President John Dramani Mahama had actually maintained a cabinet of at least 250 ministers and deputy ministers! But wait, Dear Reader, there is a stark difference here as well; and it is the fact that the 250 cabinet appointees of the Mahama government took home at least two times more, in terms of salaries, from the coffers of Ghanaian taxpayers, than they actually put in towards the development of the country, in terms of man-hours or labor input. In other words, the Mahama-led government of the National Democratic Congress was the least performing or the laziest regime of its kind of any democratically elected government in Ghana’s postcolonial history.

And we haven’t even begun talking about the size of the so-called Mahama Presidential Staffers. If, indeed, even as Mr. Mustapha Iddrisu claims, the Akufo-Addo Presidential Staffers number upwards of 1,000, then, of course, it goes without saying that based on the logic of the size of his cabinet in dollars and cents, or cedis and pesewas, alone, the Mahama Presidential Staff easily numbered in excess of 2,000; and the latter boondoggle staffers all drew their fat paychecks or salaries at the expense of the wantonly exploited and woefully underpaid Ghanaian civil and public servant. Absolutely nobody who has been studiously following events on the ground could credibly dispute the fact that the key operatives of the Akufo-Addo-led New Patriotic Party Administration are both far better qualified and more hardworking and administratively experienced than their counterparts in the previous Mahama-led regime of the National Democratic Congress.

I have yet to hear anybody call former President Mahama the proverbial “Devil You Know,” so critic Mustapha Iddrisu would do himself and his audience a lot of good by telling us precisely when Ghanaians disillusioned by the apparent shortcomings of the operatives of the Akufo-Addo-led government of the New Patriotic Party began calling Mr. Ford Expedition Payola Mahama a “Saint.” A Saint of Gonjaland, maybe? I seriously doubt it! After all, wasn’t it President Akufo-Addo, rather than their own thoroughgoing political opportunist and prostitute of a son-of-the-soil, who brought about the salutary and auspicious realization of the creation of the Savannah Region, for the perennially peaceful and hardworking Gonja people to be able to forge a bright and socioeconomically progressive future?

The Akan-language-speaking people of Ghana, Ivory Coast, Togo, Burkina Faso and elsewhere in the West African sub-region have a maxim that runs as follows: “You may not like the duiker (or antelope), but at least you must be fair enough to commend its graceful gait.” The fact of the matter is that the chiefs and elders of the Gonja Kingdom are fully conscious of the fact that Nana Akufo-Addo means far better for their collective good fortunes and well-being than former President John Dramani Mahama has ever meant for them. The stark evidence is on the ground for all who really care for the truth to see and assess the same. As well, if, indeed, Election 2020 is squarely about the blistering or withering “defeat of deception and lies,” then, of course, it absolutely goes without saying that former President John Dramani Mahama does not have the proverbial Chinaman’s Chance, Mr. Johnson Asiedu-Nketia’s newly minted Master of Defense, Peace and Security Studies Degree from the National Defense College as a possible running-mate backup notwithstanding.

There is also absolutely no gainsaying the fact that fits-and-starts here and there and all, still, Vice-President Mahamudu Bawumia is the antidote for the withering NDC’s economic leprosy that the proverbial doctor ordered. Indeed, contrary to what Alhaji Mustapha Iddrisu would have Ghanaian voters believe, in the hectic leadup to Election 2020, Dr. Bawumia remains far and away better than every single one of the so-called Cash-and-Carry and neocolonialist Structural Adjustment economic mavens of the National Democratic Congress.