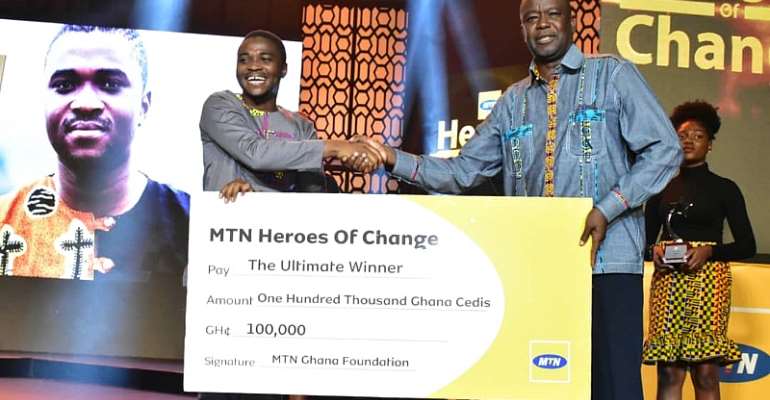 Accra, August 19, 2019 – A 26-year-old inventor of a Science Set, Charles Ofori Antipem was on 16 August 2019 adjudged the ultimate winner of MTN Heroes of Change Season 5. He was adjudged at a keenly contested event held at the Accra International Conference Center.

He received GH¢100,000, a plaque, and a citation. The prize money will be used to support the expansion of his science set (mobile laboratory) project for student.

The project which has been described as a mobile laboratory is a science set that contains materials, components, and gadgets used to perform basic science experiments at the basic and junior high school levels. The science set was designed to address the issue of lack of practical science education in Ghana. It was also developed to make science experiments fun and easier.

Since the introduction of the science set, over 22,000 pupils have had access to practical science lessons in many schools across the country. As part of the project, 550 teachers have been trained on how to use the device whilst 370 schools have benefited from the initiative.

The mobile laboratory has made science laboratory accessible to children in a unique way and has the potential to improve the teaching and learning of science among pupils in basic and Junior high schools in the country.

Receiving the award, Charles Ofori Antipem said his father was once a science teacher and due to the lack of science laboratory and equipment, he used to perform scientific experiments using basic household items to enable his students understand his lessons. This he said was one of the factors that motivated him to develop the Mobile Laboratory to help students appreciate the study of science.

He said, “This tool that we have created has the ability to transform science education. We will not stop until every single student in the country get that same experience of studying with the science laboratory.”

Guests and well-wishers could not hold back their excitement in the auditorium as they welcomed the announcement with claps amidst shouts of joy.

For the category awards, Madam Louisa Enyonam Ansah, won the Education category award, whilst the Health award was won by Dr. Benjamin Akinkang. The Economic Empowerment category was won by Madam Diana Adjei. Each category winner received a plaque, a citation, and GH₵30, 000 to support their work in the communities. In addition, each of the other six finalists received GH₵10, 000 cash, a hamper and citation.

Afia Pokua a broadcast journalist at Adom FM and Derick Omari a young social entrepreneur received special awards under the special awards category for undertaking transformational social interventions in different communities. They both received GH¢10,000, and a citation to support their projects.

Speaking at the awards ceremony, the CEO of MTN Ghana Mr. Selorm Adadevoh said “After five seasons, MTN Heroes of Change has lived up to the task. MTN Heroes of Change finalists from all seasons have demonstrated a commitment to brighten lives regardless of their own circumstances. They defied all odds to make lives comfortable for members of their communities.”

He said “Heroes of change is about those who have institutionalized, structured and sustained their extraordinary works. I believe if we all do what we do in a more sustained and structured manner our country will be better off. It is our hope that through this project, we will be empowered to pursue our visions and aspirations of transforming our communities. It will also help in achieving our Sustainable Development Goals.”

The grand finale of MTN Heroes of Change Season 5 was attended by various dignitaries including the South African High Commissioner to Ghana and Deputy Her Excellency H.E. L Xingwana and Mr Moses Thapelo, CEO of the Telecoms Chamber, Mr. Ken Ashigbey, Maame Yaa Tiwaa Addo-Danquah, Commissioner of Police and some Traditional Rulers.

MTN Heroes of Change Season 5 was launched in November 2018 and at the close of the submission of entries on 29th January 2019, over 1,200 entries were received. The top 10 finalists were announced in May 2019 by an independent panel of judges. The panel of judges are Dr. Doris Dartey (Communications Consultant), Rev. Albert Ocran (Motivational Speaker), and Mr. Sidney Casely Hayford (Economist).

About The MTN Foundation:
The MTN Ghana Foundation was established in November 2007 as the vehicle to select and implement MTN’s Corporate Social Investments. MTN Ghana Foundation has three areas of focus -Health, Education and Economic Empowerment. From inception to December 2018, the Foundation had undertaken 142 major projects across the country. Notable health projects include: construction of a Neonatal Care Center for Tamale Teaching Hospital, refurbishment of the 2nd floor maternity block of the Korle Bu Teaching Hospital, construction of a maternity block for Ejisu Government Hospital, and construction of an Emergency Center for Atua Government Hospital. Education projects undertaken include: construction of a boys dormitory for Akropong School for the Blind, construction of a six-unit classroom block for Kodjonya Millennium School, the establishment of 10 MTN ICT Learning Centers in each of Ghana’s 10 regions and the institution of an Innovation Hub at KNUST to promote Telecoms Engineering and Research. Key projects undertaken in Economic Empowerment include: the construction of shea butter processing centers, provision of seed capital and skill training for Women of Tizaa Dini Association of Yendi and the Sung Suma Women Association of Wa. 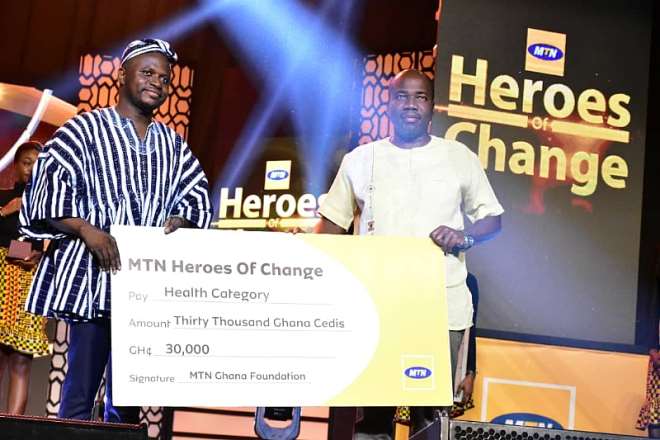 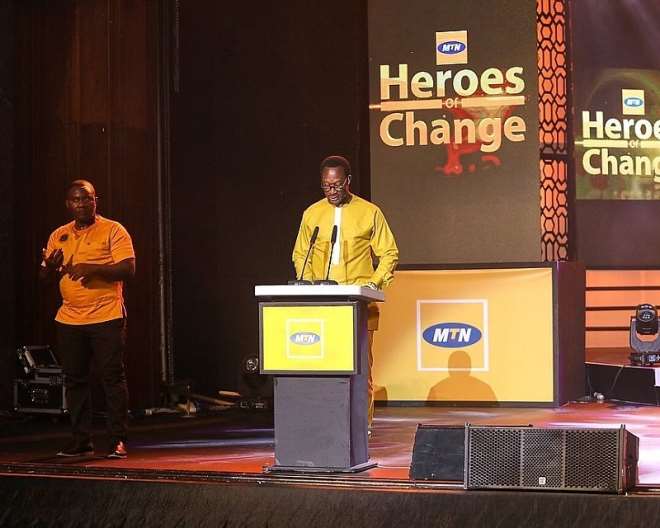 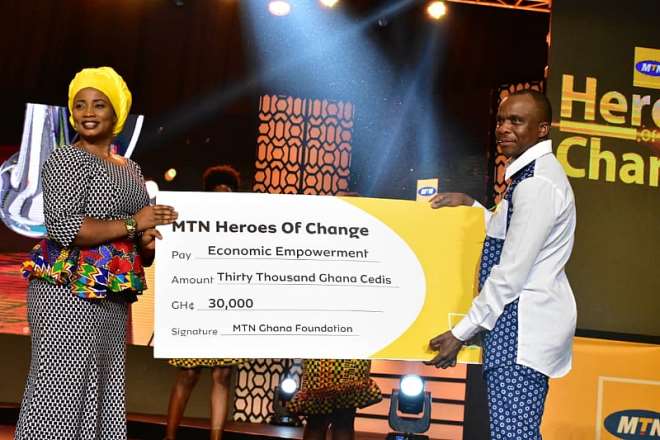 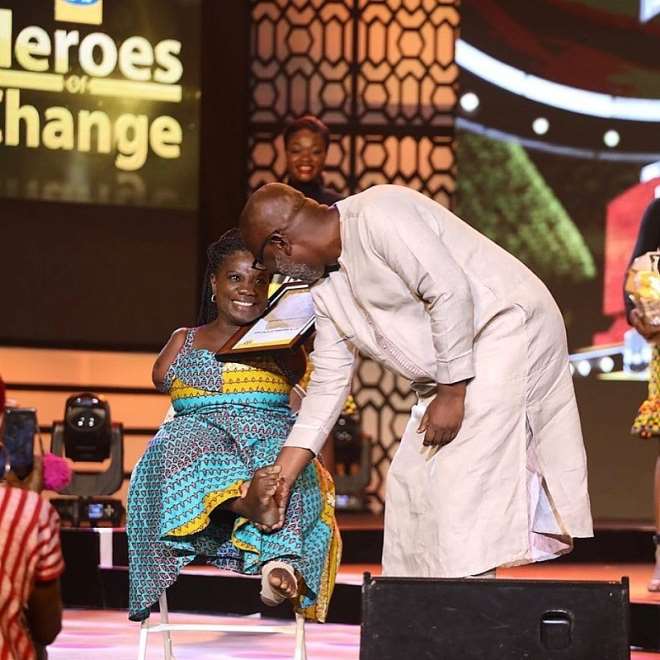 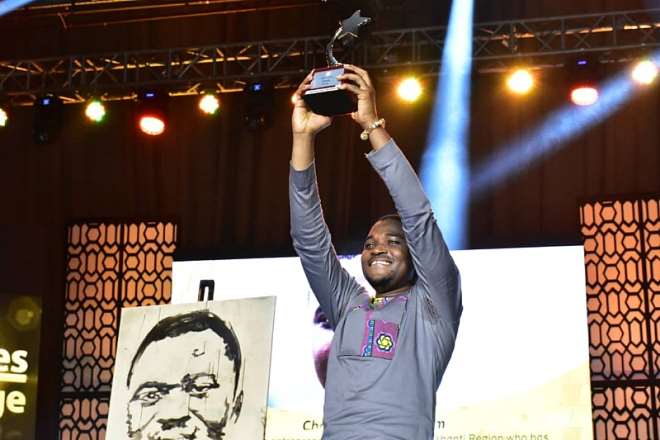