Nyakrom Citizens Told To Contribute Their Quota Towards Community Development 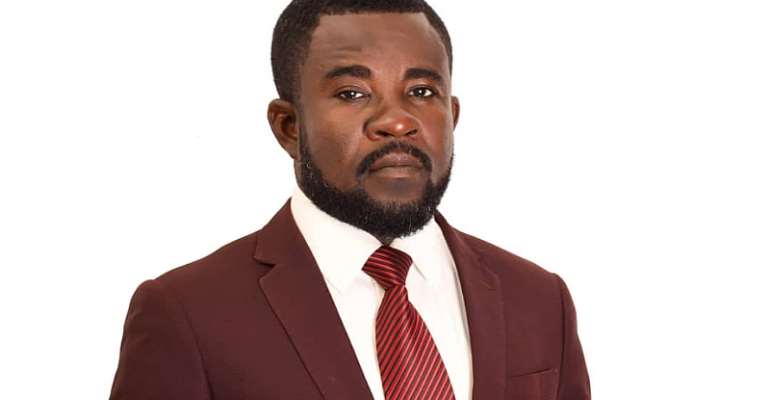 The Chief Executive Officer of IKSON Properties Company Limited based in Accra, Mr. Yawson Otoo is asking citizens and residents of Agona Nyakrom and its environs for a round table discussion aimed at improving social amenities in the vicinity.

According to Mr. Yawson Otoo, government alone cannot solve the numerous problems facing Agona Nyakrom thus the need for all hands to be on deck to ensure infrastructure development.

"Agona Nyakrom has produced quality human resources who are contributing their quota positively towards national development. They are found in both public and private sectors of the economy playing their effective roles wherever they found themselves.

"What we ought to do as citizens of Agona Nyakrom is to tap their knowledge and skills for the development of our beloved motherland," he stated.

Mr. Yawson Otoo a native of Agona Nyakrom stated these at a Durbar organized by the Chiefs and people to climax their Annual Akwambo Festival at Agona Nyakrom recently.

He lamented over lack of proper planning which he said would spearhead the development of Agona Nyakrom.

"I wish to propose to Nyakrom Council of Chiefs to establish an office to be called Nyakrom Development Secretariat made up of professional personalities in their own fields who would put all hands on deck to facilitate development agenda for Nyakrom.

"Even though Government could have its own development agenda for Nyakrom, we cannot sit aloof waiting for such projects which may take a while before been implemented for the people. We must therefore put in place measures that would attract Nyakrom Citizens both Home and Away to come and contribute their quota both in cash and kind.

"Even though Government is doing enough for Agona Nyakrom, it behooves on us to complement its quest of improving the lives of the people.

We have to rekindle our communal spirit of supporting the development of our community. It's time we tap the Knowledge and skills of one another to bear in this direction. Agona Nyakrom has the human resources to solve it's infrastructure challenges," Mr. Yawson Otoo emphasised.

Mr. Yawson Otoo who is a Professional Building Engineer and Businessman noted that additionally, Nyakrom Council of Chiefs should also establish a fund that people could contribute financially towards the realization developmental agenda.

"I have personally pledged Ghc 10,000.00 to support the expansion of the Nyakrom Clinic. The facilities there are not up to standard. The Home Coming will serve as consortium for supporting expansion of the Clinic as well and probably upgrading to a Hospital status.

"This Special Account which should be monitored by our Chiefs would be the source of funding for self-help projects for Nyakrom. I thank Nananom for establishing Scholarship Scheme for brilliant but needy students to attain height in the educational ladder. If the Secretariat is created I will personally champion the course of the office.

"Let me use this opportunity to appeal for empowerment of the Youth educationally and financially. It would encourage them to contribute towards infrastructure development of our beloved motherland," he stated.

The Deputy Central Regional Minister, Hon. Thomas Agyei Baffoe in his address lauded Omanhene of Nyakrom Okofo Okatakyi Nyarko Eku X for his inspirational leadership which he said was spearheading the development of the community and its environs.

"It is an open secret that H. E Nana Addo Dankwa Akufo Addo, President of the Republic of Ghana is the only President since the fourth Republic led NPP government has delivered almost all its campaign promises to the people. He promised Free SHS and it has been done. Teachers and Nurses Allowance which he promised to restore has been restored. One District One Factory is being done with many in full operation.

"Additionally, His Excellency Nana Addo Dankwa Akufo Addo promised an end to Dumsor, today, we are enjoying regular electricity supply. Electricity and Water tariff has been reduced to benefit every sector of the economy

"School blocks and Dormitories are being constructed across the country with full furniture and beds for the students. The Disabilities Fund component of the District Assembly Common has been increased from 2% to 3% to cater for financial needs of Persons With Disabilities and their families. These and others are what NPP government is doing to improve the lives of the people," he stressed.

He continued, "Nananom, Government has heard your cry for creation of Agona Central District Assembly to be sited at Agona Nyakrom. Plans are on the way and you would soon hear from us.

"Before I take my seat, I want to say that the Regional Coordinating Council has directed both the MCE and MP for Agona West to as matter of urgency make sure the bridge over River Akora linking Nyakrom to Mensakrom is rehabilitated to ensure smooth transportation of goods and services."

Omanhene of Nyakrom Traditional Area, Okofo Okatakyi Nyarko Eku X lauded government for the numerous projects it is undertaking in Agona Nyakrom and its surrounding communities.

He however appealed for upgrading of the Nyakrom Clinic to a Hospital Status.