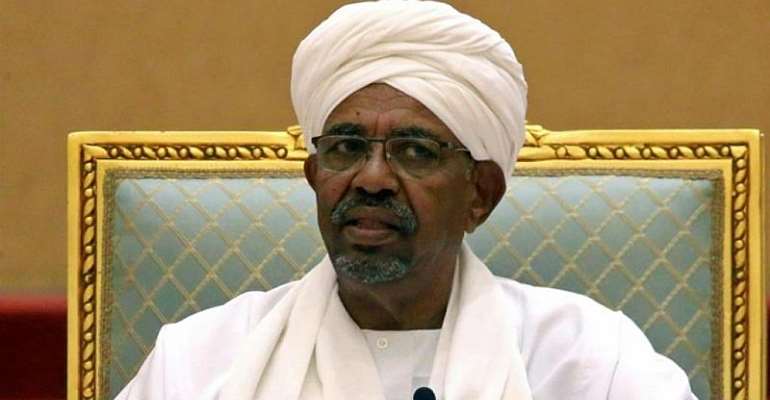 Sudan's deposed leader Omar al-Bashir has appeared before a court in Khartoum for the start of his trial on corruption charges.

Bashir, 75, arrived at the Khartoum courthouse in a huge military convoy. Inside, he sat in a metal cage, unshaven and wearing a white traditional gown. His relatives in chanted "Allahu Akbar", to which he responded with the same words.

The trial comes as a new governing council is to be formed, following Saturday's signing of a transition deal by protest leaders and the generals who took over after Bashir's ouster. The agreement has been hailed at home and abroad as a major landmark.

Having himself come to power through a military coup 30 years ago, on 11 April he was forced from power, following months of nationwide protests.

Bashir admitted to receiving 81 million euros in cash from Saudi royals, an investigator told the court.

Bashir is also facing charges over killings during the anti-government protests which eventually led to his ouster.

Darfur crimes
London-based rights watchdog Amnesty International has warned that the corruption trial should not distract from the charges of war crimes, crimes against humanity and genocide at the Hague-based International Criminal Court for his role in the war in Darfur.

The United Nations says the conflict has left more than 300,000 people dead and 2.5 million displaced, with hundreds of thousands still living in camps more than a decade and a half later.

Amnesty urged Sudan's new transitional institutions to ratify the ICC's Rome Statute, a move that would allow for his transfer to the international tribunal.

Sovereign Council
The composition of the joint civilian and military sovereign council that will steer the country of 40 million through a 39-month transition was due to be unveiled.

The line-up had been expected to be announced on Sunday but it was delayed after one of the five nominees put forward by the opposition alliance representing protest leaders turned down the job.