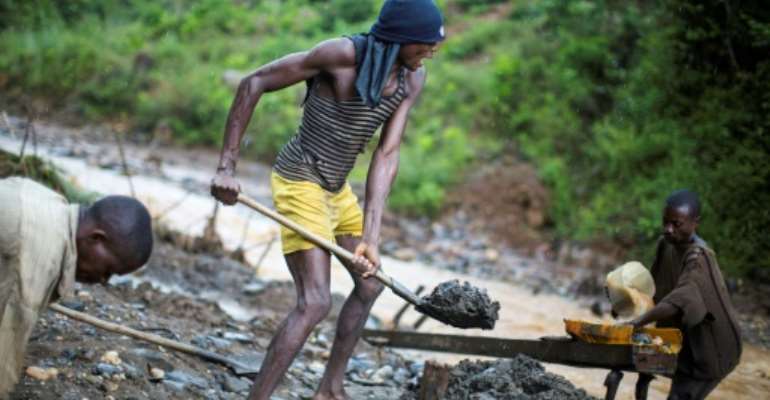 The army in June said it had forced more than 10,000 miners from land owned by Chinese mining giant TFM. By GRIFF TAPPER (AFP/File)

A woman was killed in clashes between subsistence miners and security forces at a Chinese-owned mine in southeastern Democratic Republic of Congo, sources said on Monday.

The woman was shot dead on Sunday in a confrontation at concessions owned by Tenke Fungurume Mining (TFM), one of the largest mining corporations in the DRC, they said.

The clashes came two months after a major operation by DRC troops to expel more than 10,000 illegal miners from the mine.

The woman was killed and "some (others) were injured by stray bullets" in an "operation to restore public order", Deogracias Kapenda, the interior minister for Lualaba province, told AFP.

Deo Maloba, a spokesman for grassroots groups in Fungurume, said troops "opened fire with live rounds at miners and members of the public."

"A woman aged in her forties died immediately and nine people suffered gunshot wounds", he added.

The incident happened after police seized a truck laden with minerals -- an act that the miners said was an assault on their livelihoods. 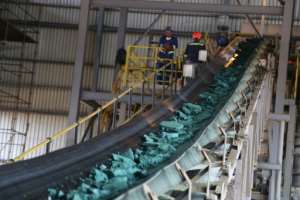 The miners accuse police of confiscating their minerals and selling them on to middlemen.

TFM is one of the world's leading producers of copper and cobalt.

Its concessions in the DRC cover 1,437 square kilometres (555 square miles) -- almost the size of Greater London.

The company says the Lualaba mine is regularly squatted by illegal miners, badly hitting its revenue.

On June 18, the DRC army said it had sent a battalion of troops to oust "more than 10,000" unauthorised miners from the site.

Some of the miners told AFP that since their expulsion, they had gone to work on deposits on mountainsides that lay outside TFM's concession.

But an official for the firm said that this area "still lies within the concession."