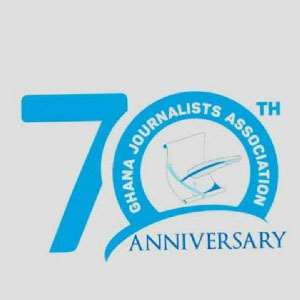 A segment of the solidarity statement of the International Federation of Journalists (IFJ) in commemoration of the Ghana Journalists Association's (GJA) seventieth anniversary says it all about the unrivalled press freedom in Ghana today on the African continent.

'Around the world, journalism is under attack, and even in Ghana which enjoys greater media freedom than all other countries in Africa, your solidarity, your voice, your advocacy is increasingly vital to deepening your achievements'.

Expressions such as these are important gauges of how far we have come in the dissemination of messages to a mass audience.

We have always maintained our standpoint that contrary to what cynics would want us to believe, media freedom has never been so protected and spared the characteristic long hand of dictators and bad governance.

Little wonder some practitioners go overboard and sometimes ignoring the importance of the national interest in the name of press freedom.

As the GJA commemorates the journey which started on August 15, 1949, the need to audit the performance of the association and journalists in general should not be overlooked.

We have observed the cynicism which is allowed to colour the quality of our outputs – a situation which creates loopholes for bad politicians to exploit to their parochial interests. Such exploitation makes for the adulteration of journalism in a manner which does not serve the interest of the nation and its people.

The maintenance of press freedom has never been so challenged. Social media and the apprehension of not being seen to be restrictive about who uses the pen to spread the word are critical factors which have changed the cause of journalism somewhat and with dire consequences.

Today, the expression – fake news – is a painful addition to the lexicon of media work. A situation where anybody can disseminate any garbage through social media has caused so much anguish in our social and political lives that society is being tasked to rethink the limitation of press freedom. Although this would be a Herculean task not considering it as a challenge, worthy of tackling is not an option.

The level of hubris among journalists is so high that they are beginning to be a special breed of Ghanaians, infallible and, therefore, untouchable. Woe betides law enforcement agents who invite defaulting media persons for questioning for infractions. GJA should do more homework before jumping into the many frays which crop up in the name of protecting the interests of journalists.

It may be necessary to determine who qualifies to be tagged a journalist and, therefore, deserving of being treated as such.

As members of the Fourth Estate of the Realm, we should not be seen to be arrogant and unmindful of the effects of the words we put out for the consumption of the public who are more discerning than us.

One of the greatest achievements of the GJA in the past seventy years – a period which has recorded seismic developments such as periods under military juntas – is the abrogation of the anachronistic colonial legacy of 'Criminal Libel Law.'

President Akufo-Addo is credited with the feat of the abrogation with the support of the GJA. That achievement ushered in a whiff of freshness in the practice of journalism and by extension democracy.

In the years ahead, we would want to see a GJA which would be more inclined to sharing equally its interest for both journalism and democracy.