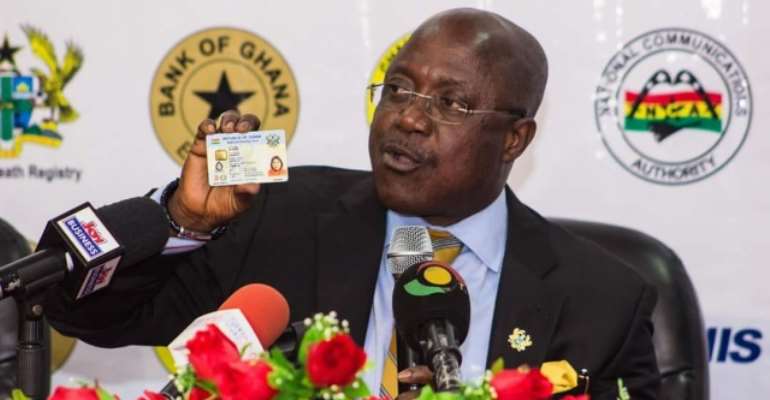 The National Identification Authority (NIA) has extended the Ghana card registration exercise in the Volta Region by three weeks to cover the rest.

The exercise which ended in the region on August 14 will commence again on August 29 until September 18.

The Corporate Communications Director at the NIA, Francis Pamdetti told Citi News that a lot of people, especially those in densely-populated areas are yet to be registered, hence the extension.

“The authority has decided to do a mop-up in the Volta Region and that mop-up will start on 29th August and end on 18th September. The reason for the mop-up is to register persons in areas where we did not spend much time registering people and so we noticed that quite a number of people were left out and also in densely populated areas we realized that there were still lots of people who are yet to be captured.”

The Volta Region is the first region after the Greater Accra region to have the mass registration exercise.

Many prospective applicants faced several difficulties in their quest to register for the Ghana card in the region including network challenges, frequent breakdown of machines, long queues among others.

The executives of the opposition National Democratic Congress (NDC) in the region raised concerns and filed complaints at the National Identification Authority (NIA) for explanations with regards to the hindrances.

They also demanded an extension of the exercise.

NDC’s National Director of Elections, Elvis Afriyie Ankrah at a press conference on the matter alleged that the challenges were a deliberate ploy by the NIA and the government to prevent people from registering.