Could Ghana's Pension Funds Not Fund Construction Of Toll Roads?

In Exchange For 30-Year Tax-Free Revenue-Streams?
By Kofi Thompson 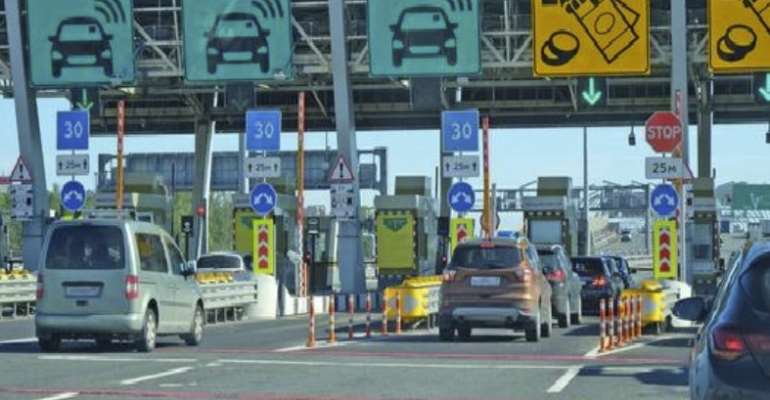 Corruption in the road construction sector is the most egregious in our entire system. That is why when it was announced earlier this year that the Auditor General would be conducting an audit, on roads built under the aegis of the Ghana Highways Authority (GHA), the Auditor General, Mr. Daniel Yaw Domelevo, suddenly became public enemy number one - in sections of the Ghanaian media.

It is an outrage that a simple technology exists - in which melted plastic waste is mixed with bitumen to build 'plastic roads' that last three times longer than conventional roads, bear heavier loads, and, because plastic is impermeable to water, are never washed away by flash floods; as well as remain pothole-free throughout their entire lifespan - that could be adopted for all road construction projects in Ghana: yet our hard-of-hearing ruling élites refuse to countenance its adoption in Ghana. Why? Haaba.

As a people, we must definitely have a conversation about how roads are funded in our homeland Ghana. Most of our country's road network, is in an appalling state, nationwide. Indeed, bad roads are the number one complaint of communities up and down our nation. The question is: If all roads in Ghana were built using plastic road technology, and tolled, would the managers of pension funds not be prepared to invest in such roads, in order to obtain future revenues - if the revenues from such projects were tax-free for 30 years? Ebeeii, Oman Ghana - oyeasem o. Hmmmm.

Our younger generations are completely fed up with the inability of our elected leaders to think creatively, in resolving the myraid of challenges we face as a people. Let us utilize the long-term funds held by the pension industry in Ghana, to fund all our road projects - utilising plastic road technology for the entire road network. By making our road network a tolled one, we could provide lucrative untaxed income from those tolled roads, for the pension funds that finance their construction, in partnerships with road construction firms, for 30-year periods per project.

The author has 501 publications published on Modern Ghana.