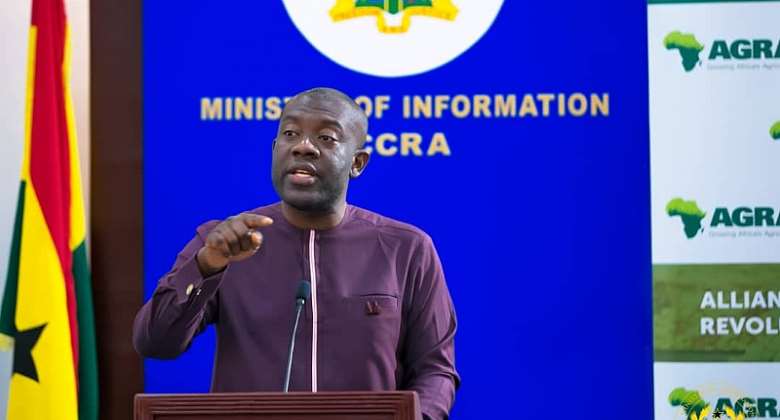 The Information Minister, Kojo Oppong Nkrumah, has dismissed claims that Akufo-Addo's Government is deliberately closing down some banks in the country.

Some 23 Savings and Loans Companies were last week shutdown by the Bank of Ghana (BoG).

Addressing the media on Sunday, August 18, 2019, Mr. Nkrumah, said the argument that government was deliberately closing down businesses was incoherent.

That, he said, was because President Nana Akufo-Addo’s administration has promised Ghanaians jobs, growth in the economy and income and as such cannot take decisions that will deliberately lead to loss of jobs.

He said Government was mindful of the fact that it has to render account to Ghanaians on the number of jobs it has created, the level of growth it has achieved and income levels.

“This is an administration that is promising jobs, growth, income for people,” he averred.

“Why will such an administration be interested in deliberately closing down people’s businesses when it knows, in the end, it will have to account for how many jobs have been created,?” he asked.

Touching on the rationale for the Central Bank’s action and its impact on the country, Mr. Nkrumah, stated that “I think broadly for us as a government the view is that as we continue to work to grow the economy and create expansion in many other aspects of the economy all Ghanaians who are in search of jobs regardless of how the particular organization in which they were working turned, they should be able to find some economic space.”

He added that the obligation of the State when the Bank of Ghana did its assessment was to underwrite the clean up.