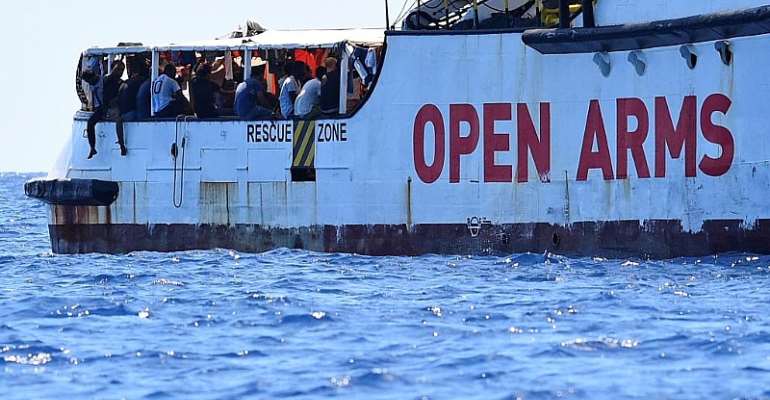 France says it's ready to take 40 migrants from the 107 remaining on a rescue ship stranded off the coast of Italy, where the interior minister Matteo Salvini has refused to allow it to dock. The Spanish port of Algeciras also offered to take in the migrants, but lies several days away by sea.

The 40 migrants selected by France are “in need of protection”, according to the French foreign ministry.

On Sunday, some of the remaining migrants jumped into the sea in a desperate effort to reach the Italian shore, some two weeks after they were denied safe harbour by Salvini.

"We have been warning for days, desperation has its limits," Open Arms founder Oscar Camps said in a video showing four migrants jumping in to the sea before crew members were able to reach them and bring them back on board.

The vessel initially had 147 migrants aboard, but the ill and 27 who said they were minors were allowed to come ashore.

Spain too far
Spanish authorities tried to break the deadlock on Sunday and offered Open Arms to disembark in Algeciras, near Gibraltar, even though they knew it was quite far for the boat, but the aid group said it was an untenable solution.

"To embark on a six day sailing with these people on board who are at the very limit of their possibilities would be crazy. We can't put their health and lives at risk," she added.

The right-wing interior minister wrote on twitter that Open Arms refusing the Spanish offer was “incredible and unacceptable,” adding that he “will not back down and that Italy is no longer a refugee camp.”

Salvini had earlier told the boat to go to Spain, saying that the rescue ship was anchored off the Italian coast “just to provoke me”.