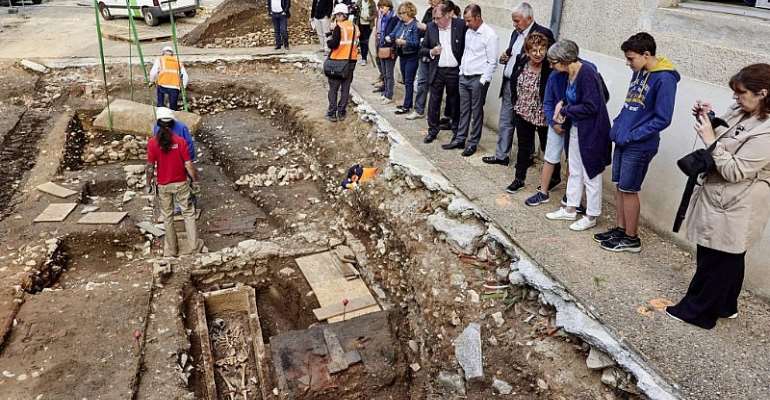 A seventh-century sarcophagus containing the well-preserved remains of an elderly woman with arthritis has been found in Cahors, south-western France, while the area was being dug up to be redeveloped.

The sarcophagus consisted of "a simple limestone tank covered with a roof with four-sided gable roof" and "sealed by a mortar joint".

The skeleton of the woman, reportedly from the Merovingian era, was "an elderly female individual, testifying to osteoarthritis problems…buried without personal effect", according to an official statement from the Lot department.

The site was discovered in July near St Bartholomew's church on the same grounds where historians believe there is a monastery founded by the Merovingian royal official Didier of Cahors in the seventh century.

"The sarcophagus was located within the confines of this monastery and it seems that it was exposed in a place of passage," according to Lot officials.

New excavations since the skeleton find have unearthed a number of Merovingian pottery remains and what is believed to be traces of an old kitchen.

The latest finds will be examined by archaeologists from the French National Institute for Preventative Archaeological Research (INRAP) at the Henri-Martin museum in Cahors, where they will be housed.