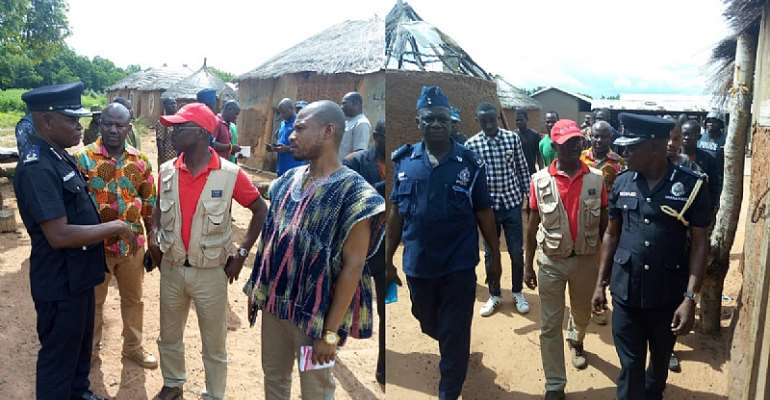 The Savanna Regional Minister, Hon. Adam Braimah Salifu has tasked residents of Lukula, a farming community in the North Gonja District of the Savanna Region to embrace peace towards the development of the area.

Mr. Salifu visited the community following the news of gunshots leading to the death of two persons in the area over the building of a mosque in the area.

He was led into the community by a combined team of police and military personnel to ascertain the situation in the area.Also in the team is the Deputy Regional minister (Hon Samuel Tika) who hails from the area, Hon. Adam Eliasu Bawa DCE for North Gonja, the DCE for Mampurgu/Kabure Hon Abu Adam and the Regional police commander for Savannah region DCOP/MR. Enoch Adutwum Bediako.

The minister assured the community of his support to amicably resolve the conflict between the Mamprusi community and also expressed his disappointment in the entire uproar.

He reminded residents of the poor status of their community and urged them to embrace peace to pave way for them to benefit from the numerous pro-poor Government interventions. "We could have accessed this community through Daboya but due to poor road network we have to go through Walewale and these are the situation we have to focus on ". says the minister.

Narrating to the minister and his team about what happened in the community by an elderly man, the issue is over a mosque being fought over by the Mamprusi community.

He added that one Yakubu Amadu, a farmer aged 40, sustained cutlass wounds on the head and passed on on the way to the Sandema Hospital at about 1700HRS.

He went on to say that another victim known as Yakubu Alidu also a Farmer aged 37, was also shot in the rib and died instantly in the Lukula community.

The bodies of the two have since been released to the bereaved families for burial in accordance with the Islamic customs.

It is also confirmed to the minister's team that a number of people in the community sustained various degrees of injuries.

The victims were among a group sent by the Chief of Lukula to invite the other group for reconstructing a Mosque without Informing Him(The Chief). Prior to the call by the chief, the other group were already conveying Some blocks to the site. The Chief's messengers confronted them and this led into the deadly Fight.

The Regional commander on his part stated that it is never in the interest of the police to introduce measures that will curtail the free movement of people in the Lukula community. He pleaded with everyone to remain calm so that a lasting resolution of the situation could be arrived at.

The entire community has since been deserted by all suspects mentioned by the bereaved families.

Meanwhile, the situation at Lukula in the North Gonja District of the Savannah Region is getting serious. Earlier today, five houses were burnt in the morning.

Those that are against the Savannah Region in the area are on rampage. They are now planning to attack Mankarigu in the same area. 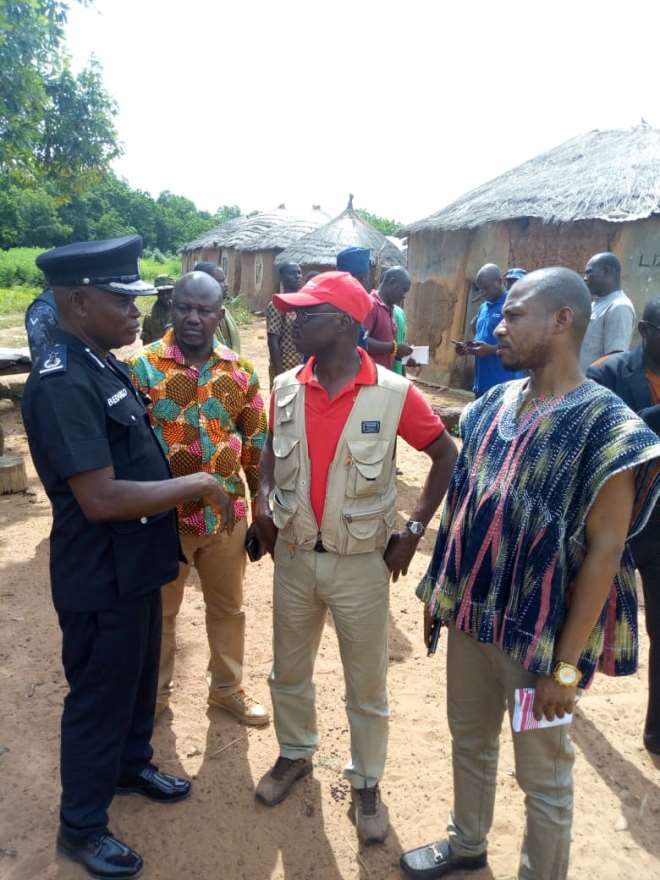 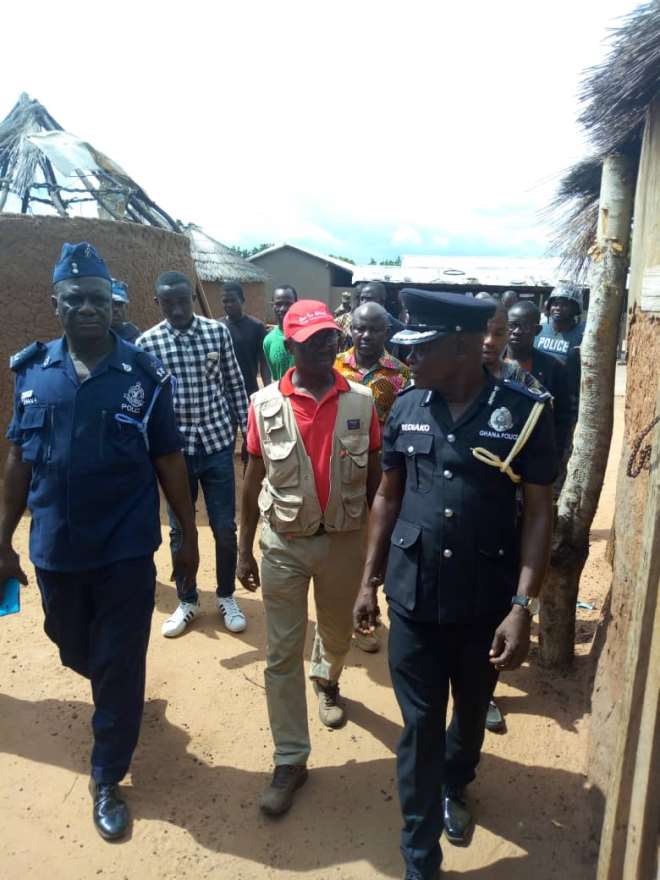