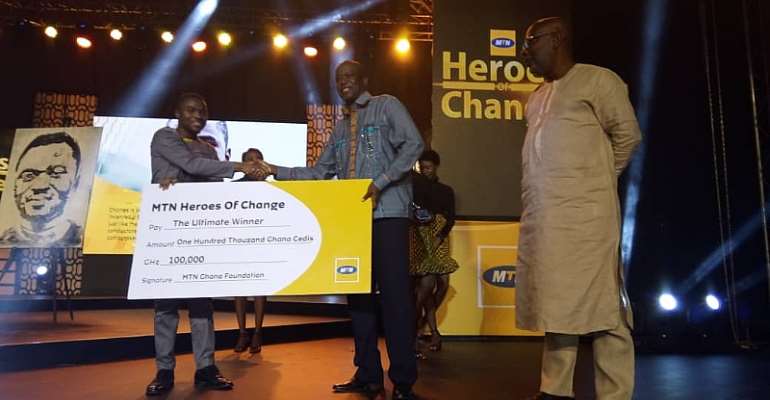 A 26-year-old entrepreneur at Ayeduase in the Ashanti Region, Charles Ofori Antipem, is the ultimate winner of MTN Heroes of Change, season 5.

The Grand Finale of the Season 5 came off Friday, August 16, 2019, at the Accra International Conference Center. 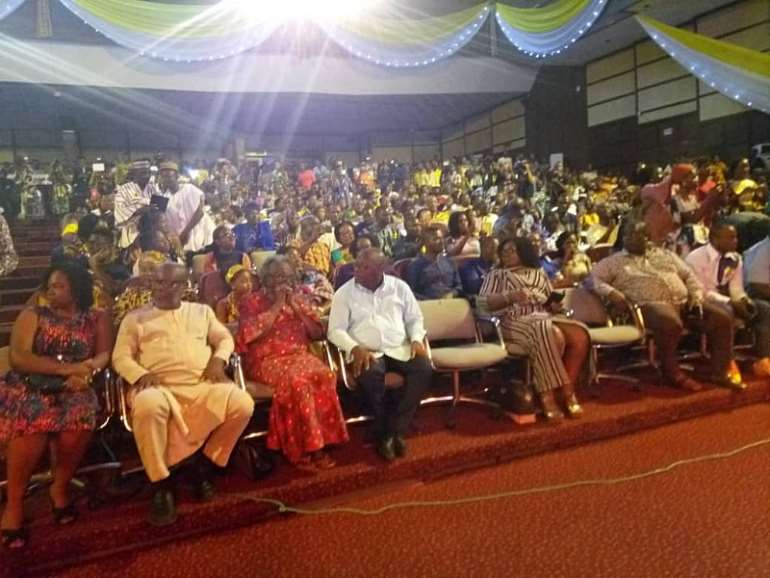 The mobile laboratory is designed like the mathematical set and contains scientific tools like conductors, capacitors and cells.

Mr. Antipem is one of the 10 finalists for the Season 5 and walked away from the Conference Centre on the night with a cash amount of GH¢ 100,000, a plaque, and citation.

He called his mother and brother on stage as he addressed the crowd with heartfelt excitement.

Mr. Antipem recounted that his father was a science teacher.

The finalists are selfless individuals who have committed their resources to implementing projects in the areas of health, education and economic empowerment which are benefiting many in their communities.

Prior to the selection of the 10 finalists by an independent jury, a team was dispatched into the communities to authenticate and verify their projects.

Following the verification process, a report was presented to the Jury for further reviews after which the top 10 projects were selected.

The work of the finalists were filmed and featured in a 13 week television series which highlighted their activities.

In addition to the 10 finalists, MTN Ghana Foundation will also present Special Awards to selected media personnel and young heroes who are also driving change in their respective areas.

MTN Heroes of Change Season 5 was launched in November 2018 and at the close of the submission of entries on 29th January 2019, over 1,200 entries were received.

The top 10 finalists were announced in May 2019 by an independent panel of judges.

The Heroes of Change campaign was launched by MTN Foundation in 2013.

Chief Executive Officer of MTN Ghana, Selorm Adadevor, in a statement at the final, said the finalists had defiled all odds to make life meaningful in their communities.

He stated that there had been about 5,000 entries so far for the MTN Heroes of Change since its launch in 2013.