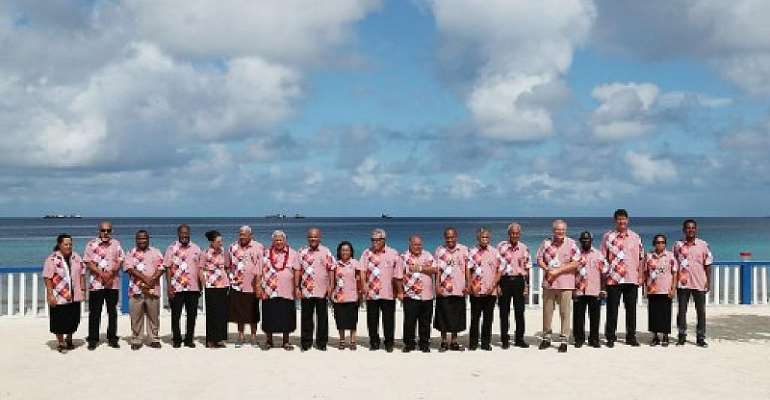 Tensions between Australia and its Pacific island neighbours came to a head Friday, with island nations threatened by climate change accusing Canberra of thwarting their efforts for to provoke concrete global action.

Talks at the Pacific Islands Forum (PIF) in Tuvalu came close to breaking down as countries struggled to agree a regional declaration to take to next month's UN climate summit in New York.

After 12 hours of negotiations – and difficult exchanges between the Australian Prime Minister, Scott Morrison, and his Tuvaluan counterpart, Enele Sopoaga – the result was a “watered-down” joint statement that the host nation has lamented as a “missed opportunity”.

While the Australian government says it's doing the necessary to meet its Paris Agreement targets, PIF nations were hoping for a guarantee that it would not use the Kyoto credit loophole in order to do so.

“Australia Institute research shows the carbon credits the country has accrued from the Kyoto protocol are equivalent to eight years' worth of fossil fuel emissions of every other Pacific island country – including New Zealand,” Merzian says.

Pacific island nations had also been hoping Australia would join calls for net zero emissions by 2050, for restrictions on coal mining and that it would restart its contributions to the UN's Green Climate Fund – which were stopped last year.

"I think we should have done more work for our people," said Tuvalu's Sopoaga after the final Kainaki II statement and communique were released, adding that while he was concerned with saving his people, Morrison's only concern was the Australian economy.

"There were serious arguments and even shouting, crying people. Leaders were shedding tears," Sopoaga told Australia's national broadcaster, the ABC.

Meanwhile Fiji Prime Minister Frank Bainimarama tweeted: "We came together in a nation that risks disappearing to the seas, but unfortunately, we settled for the status quo in our communique."

For its part, Australia argues that industries such as coal are important for job creation and meeting the country's energy needs. Morrison said that he'd had “very respectful” conversations with his island nation counterparts, and that he was “accountable to the Australian people”.