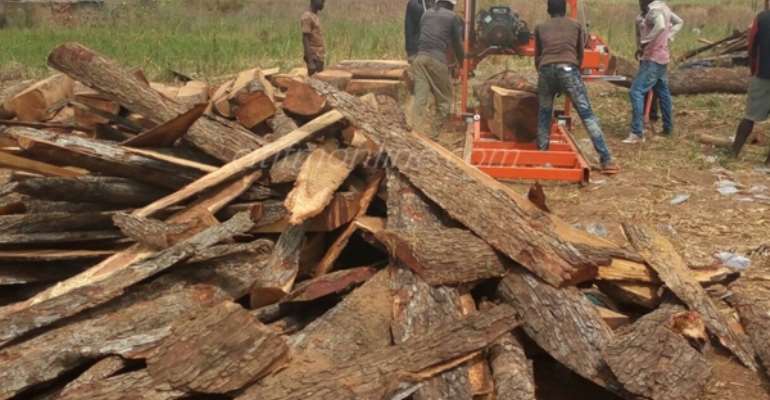 The Minister for Lands and Natural Resources, Lawyer KwakuAsomah- Cheremeh has told Dr. Clement Apaak, the National Democratic Congress (NDC) Member of Parliament for Builsa South Constituency in the Upper East Region, not to play dirty politics with the Rosewood issues, since it would not be in the interest of the nation.

Addressing a press conference yesterday in Accra, the Builsa South Legislator called on the Special Prosecutor (SP), to prosecute some officials of the Forestry Commission (FC) and the Minister of Lands and Natural Resources, Hon. Asomah–Cheremeh for their alleged corrupt practices with regards to some Rosewood export.

Dr. Apaak says all those cited in the Environmental Investigative Agency (EIA) report for taking bribes to facilitate the illegal rosewood export, should be brought to book.

But, speaking to SPACE FM SUNYANI, Mr. Asomah – Cheremeh asked the NDC Legislator not to play to the gallery because the report itself indicts the MP himself.

The Lands and Natural Resources Minister said he also has a copy of that report, which is from 2012 when Dr. Apaak’s NDC government was in power and supervised the illegal harvesting, transporting and exporting of the rosewood.

According to Lawyer Asomah – Cheremeh, he is a citizen of the land and ought to be investigated in any issue and will avail himself to any investigative body for all investigations, since he is not above the law.

He called on the Builsa South MP to watch the alleged video properly, and tell the world if the said video indicts him or the Chief Executive Officer (CEO) of the Forestry Service Commission, Mr. KwadwoOwusuAfriyie (Sir John) for taking bribes or someone taking bribes on their behalf.

The Minister appealed to Dr. Apaak not to organize press conferences and throw dust into the eyes of Ghanaians just to paint the Akuffo- Addo led government black in the sight of Ghanaians, since all the questions raised by the MP at his media encounter, were asked on the floor of Parliament and they were properly answered by him and at the end of the day he had no question to ask.