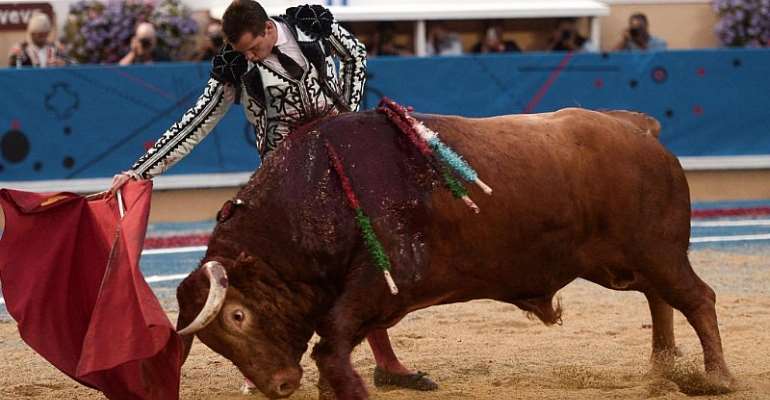 Animal welfare groups in France have denounced the French agriculture minister Didier Guillaume and his colleague Jacqueline Gourault, in charge of regional cohesion, after they attended a bullfight in the south-western city of Bayonne.

Guillaume and Gourault were spotted by local journalist at the event in which six bulls were killed.

The Brigitte Bardot Foundation, dedicated to animal protection, said the agriculture minister, whose portfolio includes animal welfare, had shown "no limit of indecency", adding that it was scandalous that he attended a "torture scene".

A spokesman for the foundation, named after the film star and animal rights activist, said Bardot was planning to contact Prime minister Edouard Philippe to urge him to remove the animal welfare portfolio from the agriculture ministry.

Elsewhere, a spokesman for France's Green party accused the two ministers of hypocrisy.

Age-old tradition
"There is a huge gap between what ministers say and what they do," Julien Bayou told BFM TV, adding that their actions were a clear sign that the government of Emmanuel Macron was under the influence of lobby groups.

Guillaume and Gourault were yet to respond to the criticism.

In France, animal cruelty can carry a two-year jail sentence and a fine of up to 30,000 euros. Bullfighting however, is allowed in some parts of southern France as well as Spain.

Bayonne is the oldest bullfighting town in the country and is proud of the tradition, which dates back to 1853.

The sport consists of a bullfighter trying to gore a bull in front of spectators at a corrida. It continues to fascinate many die-hard fans and spark the curiosity of others.

Animal rights activists consider bullfighting as no less than butchery.