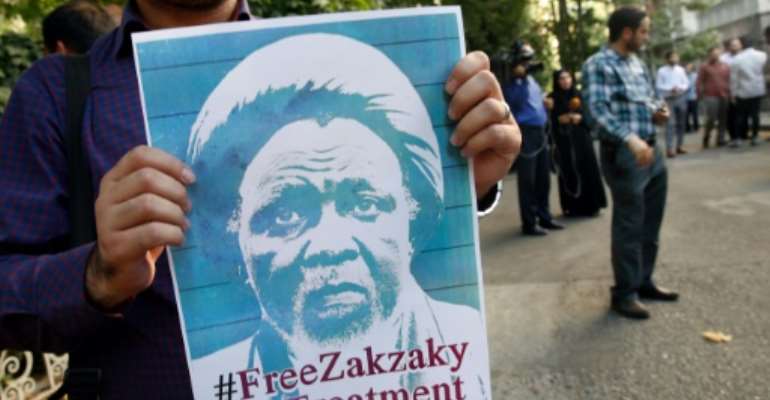 Shiite leader Ibrahim Zakzaky, who was granted permission to travel to India for medical care after years in detention, returned to Nigeria on Friday following a row over his treatment, his supporters said.

Zakzaky, founder of the pro-Iranian Islamic Movement in Nigeria (IMN), and his wife Zeenah Ibrahim were "whisked away by security agents" to avoid waiting media after touching down at the airport in the capital Abuja, group member Abdurrahman Abubakar told AFP.

There was no official comment from the Nigerian authorities on the couple's whereabouts.

The cleric had been in custody in Nigeria along with his wife since December 2015 after they were arrested during violence in which the army killed some 350 of his followers and buried many in mass graves.

The couple flew to India on Monday after a court gave them permission to travel abroad for medical treatment under Nigerian government supervision following a spate of bloody protests by IMN supporters.

But the medical care was held up by a row over the conditions for the treatment as the IMN complained its leader had been denied access to his preferred doctors and was kept under close guard.

On Thursday Zakzaky said he and his wife were told to leave India.

The Nigerian authorities had said Zakzaky would still stand trial on his return from India. 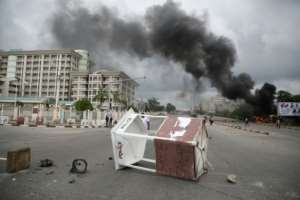 Fears about the health of the cleric, in his mid-sixties, had fuelled near daily protests by his followers in Abuja that descended into bloodshed after a crackdown by security forces.

His lawyers say he has lost sight in one eye, is on the verge of going blind in the other and has blood poisoning caused by bullet fragments lodged in his body from the 2015 violence.

In a statement released after Zakzaky's return the IMN said it would "continue its struggle to ensure that our leader gets the appropriate medical treatment he deserves".

At least eight people, including six protesters, a senior police officer and a trainee journalist, were killed during clashes on July 22. The IMN said 20 of its members were shot dead.

The Nigerian government officially outlawed the group late last month in a move that sparked fears of a harsher clampdown.

A court in 2016 ordered Zakzaky and his wife be released -- but the authorities ignored the demand and filed charges including homicide against the cleric.

Zakzaky and his group, which emerged from a student movement in the 1970s, have been at loggerheads with the authorities for years because of calls for an Iranian-style Islamic revolution in Nigeria.

Estimates put their numbers at around four million in a national population of about 190 million.