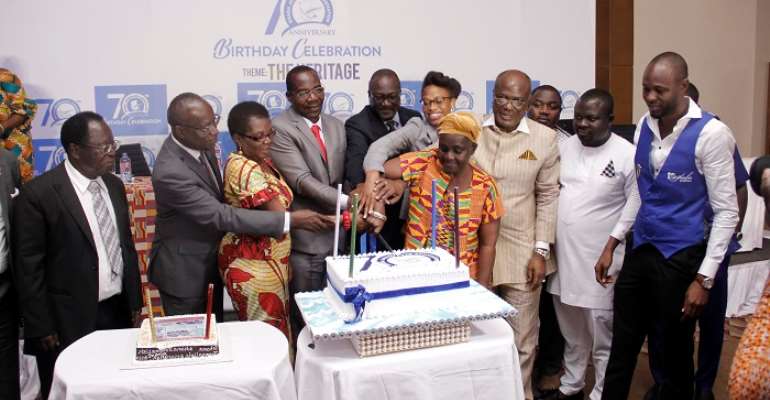 President of the Ghana Journalists' Association (GJA), Dr. Affail Monney has emphasized the media in Ghana is “reasonably” free.

He said: “To say that Ghana is bereft of press freedom is to ditch the fact that our media space is reasonably free. And to claim that there's nothing wrong with our environment is to play the ostrich.”

Speaking at the 70th anniversary celebration of the GJA, established on August 15, 1949, Dr. Monney commended former President John Agyekum Kuffour for creating conducive environment for media practice in the country, describing him as the “Champion of champions” of press freedom in Ghana.

“In the struggle for press freedom, the names of certain brutal leaders who kept the media in fetters and enveloped us in silence, continue to elicit bile, long after they are out of office.

But the name of former President John Agyekum Kuffour, the Champion of champions of press freedom in Ghana, would eternally ignite pride for repealing the Criminal Libel and Sedition Laws and creating the best environment for media practice in the country,” he said.

He also lauded President Akufo-Addo for passing the Right To Information (RTI) bill into law.

“Current President, Akufo-Addo, will also occupy a special place in history for giving us the Right To Information (RTI) Law which we cherish as our greatest platinum anniversary parcel.”

He said the GJA is “overly worried” and “deeply concerned” about the increased attacks against journalists in recent times.

He therefore called for “radical steps” to be taken to deal with the phenomenon, so as to prevent it from getting out of hand.

“While we await the birth of the proposed Safety Mechanism for Journalists, the laws must be made to bite and bite hard at all offenders, regardless of their social status, political connections or spiritual anointing.”

Delivering the keynote address, Chairman for the Center for Democratic Development (CDD), Professor Kwasi Prempeh said it is the duty of journalists to uphold the responsibility of accountability of the government to the people of Ghana.

“The Ghanaian journalist must work in the interest of the people, helping them with information to enable them hold the government to account,” he noted.