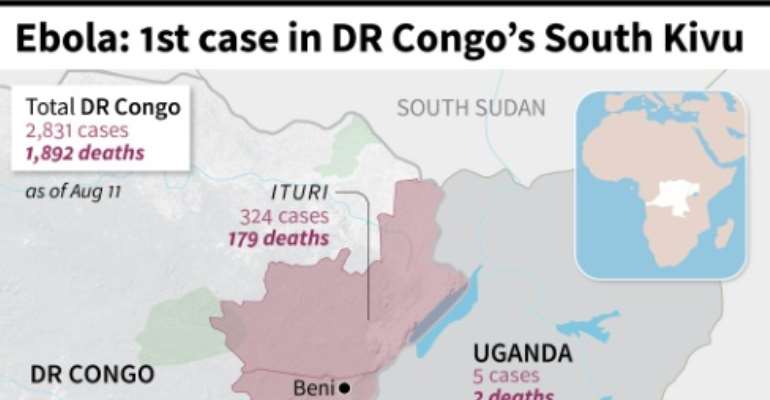 The eastern DR Congo province of South Kivu has recorded its first confirmed cases of Ebola in the country's year-old epidemic, one of which was a fatality, the provincial government said Friday.

"Two cases which tested positive for Ebola were confirmed overnight in South Kivu, in Lwindi district in the Mwenga region," it said in a statement.

"A 26-year-old victim died and (one of their) children who tested positive is still alive and being treated," it said.

More than 1,900 people have died from Ebola in Democratic Republic of Congo since August 1, 2018, when the haemorrhagic virus erupted in North Kivu province and spread to neighbouring Ituri province.

The disease is spread by contact with infected bodily fluids and is fought with time-honoured but laborious techniques of tracing contacts and quarantining them.

The outbreak is the 10th since Ebola was identified in 1976.

It is the deadliest on record after more than 11,000 people were killed in Guinea, Sierra Leone and Liberia between 2014-2016.