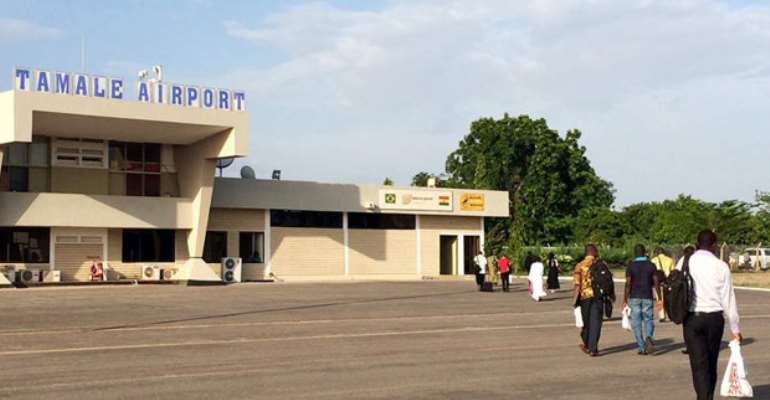 The commencement of work on the Phase Two of the Tamale International Airport is significant in varied ways.

It is encouraging to witness government showing such massive commitment to the development of Tamale, which is one of the fastest growing urban centres in the country.

The relatively small airport which the facility was, for which reason it was unable to contain large aircraft due to its restricted runway, among other shortcomings, is about to change.

The role the upgraded airport is expected to play in the exalted aviation industry in the country is one which would add to the country's status of headquarters of African trade.

The Kotoka International Airport should for strategic reasons be rivaled by other facilities in the country because that is a sign of growth and seriousness in capturing the leadership of the aviation industry at the West African sub-regional level.

Tamale's proximity to Burkina Faso and even the northern part of Togo and Niger endows the city with an impetus which an airport of its magnitude will palpably provide.

Under the Kwame Nkrumah regime, a major airport though with military inclination was being constructed by the Russians but that fizzled out with the 1966 putsch.

Now that a fresh momentum has been brought to bear upon this reality, all we can do is provide the necessary support as citizens of this great country so that the President's dream comes to fruition.

The people of Tamale should be excited about the development and offer the needed support and co-operation required for the project.

The regional capital is today the location of two major infrastructural developments – the interchange and the phase two of the expansion project of the international airport taking shape now.

The contractors need utmost quiet as they go about the time-bound project. The President has demanded of them to complete it on time. Avoidable financial costs would definitely be incurred when there is delay in completion.

When the facility is fully operational, a game changer would have come to Tamale. Land within the proximity of the facility would appreciate in value and by extension a growth for the local economy.

Land litigation would soon follow considering the added value to the property in the general area of the airport – its economically augmented value being the factor. It is appropriate that the authorities ensure that the boundaries of the facility are secured to forestall future costly litigation.

Individual land owners close to the airport should ensure that their occupation is not an encroachment because in future they could be faced with avoidable litigation.

It is interesting the information by the Aviation Minister that Tamale is closer to Europe by an hour and half than Accra.

A future surge in preference for European bound flights from Tamale is a possibility – the proximity factor being an impetus.