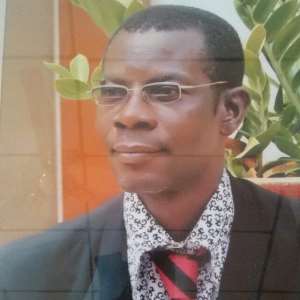 1. NaCCA boss Dr. Prince Hamid Armah (that name rings a bell in the article *Kwami Alorvi replies Prince Hamid Armah)* says BECE is going to be abolished. Direction General of GES counters and says the syllabi for JHS and SHS are yet to be developed. So far the syllabus developed is for KG to Basic 6 (P6). So until the current P6 pupils complete JHS, *BECE continues*. Even after that there will be an examination but not called BECE. *The renaming continues*

2. GES Director-General originally said in a letter that some schools had applied to him to do vacation classes. He did not name the schools though. GES, according to him, has approved the application so students are to report in school on 19th August 2019 for *intervention* classes. Schools, according to the DG, should apply for funds for the intervention classes.

NAGRAT and CHASS opposed the idea.

*It is no more intervention* classes applied for by some schools.

Meanwhile GES owes the Senior High Schools about 50% of the 2018/2019 academic year grants and subsidies for services they rendered on credit. How the SHS3 students are going to be fed and provided for in other critical areas, and from what fund, from the 19th August, have not even been sorted out with CHASS.

*Yet the students should report to school*.

3. GES-SIC Insurance policy imposed on GES staff in June 2018 was halted in July of same year due to agitation by teachers. Then out of the blue, it was smuggled back in July 2019 and when the Unions threatened industrial action, a suspension was announced again.

Anyway, parents and students should take note that *CHASS* says it *is not* ready for students this August because Heads do not know how they would be catered for.

*NAGRAT* also says teachers should report to school in September, *NOT* in August.

*Confusion Galore Enough is enough. The intimidation of teachers and disrespect for our profession must stop*

*Indeed, we have the men*

Kill All Galamsey Operators Before They Kill Us By Destroyin...
5 minutes ago