Is the Office of the Special Prosecutor a White Elephant? 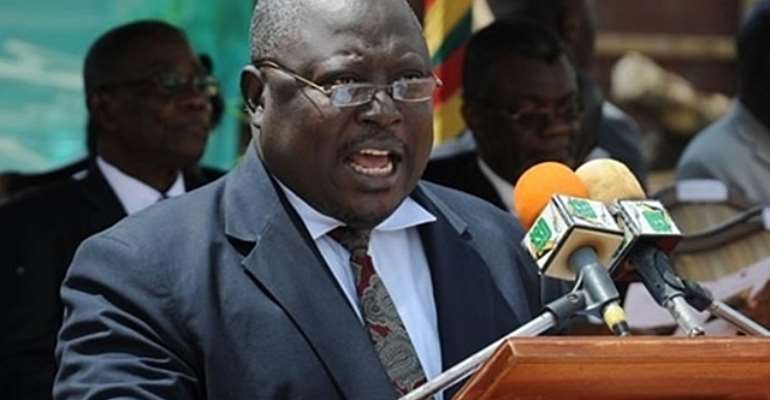 I just finished reading the quite detailed exegesis by Mr. Martin ABK Amidu, the Akufo-Addo-appointed Independent Special Public Prosecutor, and my feeling could at best be described as “disconsolately wistful” (See “I Don’t Have Powers to Investigate PDS, Other Financial Offences – Amidu” Modernghana.com 8/8/19). In essence, what the quite remarkably erudite author of the afore-referenced article would want his audience to know – particularly activists and crusaders for justice and official accountability – is that the statutory Act 959, especially Section 79, that brought the Office of the Special Prosecutor into existence, was rigged up to effectively sabotage this Office right from the start.

But what is even more sobering is the fact that, according to Mr. Amidu, who wrote and posted his very comprehensive article from the plush Palace Hotel in Ouagadougou, Burkina Faso, it well appears that the members of Ghana’s Parliament who crafted and voted into law the bill that brought the Office of the Special Prosecutor into existence, clearly did not intend the Office to become one that could effectively fight the sort of official corruption that many a Ghanaian citizen has been woefully misled into believing it could. According to the country’s longest-serving Deputy Attorney-General and Deputy Minister of Justice, under both the Rawlings-led junta of the erstwhile Provisional National Defense Council (PNDC) and, subsequently, the democratically elected Rawlings-led two-term regime of the National Democratic Congress (NDC), it was almost as if the Office of the Independent Special Prosecutor was deliberately established by the present Akufo-Addo-led government of the New Patriotic Party (NPP) to paradoxically prevent the very wanton acts of corruption that then-Candidate Addo Dankwa Akufo-Addo promised the Ghanaian electorate to be fiercely hell-bent on fighting, in the event of him being privileged enough to be elected substantive President of the Sovereign Democratic Republic of Ghana.

In sum, by the lights of Mr. Amidu, no country very serious about fighting official corruption would have crafted and enacted the veritable white elephant that constitutes the current terms of reference of the Office of the Independent Special Prosecutor. Consequently, to the preceding effect, the second Attorney-General and Minister of Justice to be appointed by the late President John Evans Atta-Mills would be shortly thereafter fired by his then boss, for adamantly insisting on retrieving the Woyome Mega-Heist, amounting to some GHȻ 51.2 Million of the Ghanaian taxpayer’s money, scathingly observes the following:

“The truth is that Section 79 of Act 959 severely restricts the jurisdiction of the Office of the Special Prosecutor to fight corruption and corruption-related offences in Ghana[,] unlike other countries that are fully committed to and adhere to their obligations under the United Nations’ Convention Against Corruption, the African Union Convention of Preventing and Combating Corruption, and the ECOWAS Protocol on the Fight Against Corruption in their domestic and anti-corruption legislations. The ruling of the High Court in the case of The Republic v Ayariga and 1 Other, 17th July 2019, High Court, Accra, (Unreported)[,] underscored the point that I have made on the remit of the Office to a limited extent only[,] based on lack of detailed particulars[,] and should be a guide to the public: I annex a scanned PDF of the ruling as a separate attachment to this paper for educational purposes.”

Now, there are two significant observations, rather than necessarily plaints or questions, that ought to be made here. The first of these pertains to the fact of whether the President, Nana Addo Dankwa Akufo-Addo, was, by the lights of Mr. Amidu, really serious about his 2016 electioneering campaign promise to fiercely fight official corruption via the statutory establishment of the Office of the Independent Special Prosecutor. The second observation has to do with the question of why, although Mr. Amidu had been cognizant of the clearly dysfunctional terms of reference of the OSP, as it were, beforehand, nevertheless, the first Presidential Running-Mate of then former Vice-President John Evans Atta-Mills, went straight-ahead and graciously and, perhaps, gratefully, as well, to accept such a decidedly “merely decorative” position or office.

Both appointer and appointee owe Ghanaians great debts of explanation. On the part of President Akufo-Addo, there is absolutely no gainsaying the fact that the former Kufuor-appointed Attorney-General and Minister of Justice may very well need to promptly sit up and devise a constructive means of making the OSP’s job far more worthwhile than it presently appears to be or is perceived from all sides of Ghanaian society as a veritable white elephant or a patent boondoggle. On the part of Mr. Amidu, the latter is highly encouraged to promptly demand the immediate statutory reconfiguration of the portfolio of the OSP to make it as potent or effective as it ought to be or be forced to tender his resignation – to the devious delight of many a front-row operative of the main opposition National Democratic Congress, of course – on the very reasonable grounds of having been made an inexcusable mockery of by the very personality who well-intendedly appointed him to the job.

In the end, Mr. Amidu, likely sensing the dire despondency of many a forward-looking and law-abiding Ghanaian citizen, is quick to point to the fact that besides the offices of the Special Prosecutor and the Attorney-General, there are well over a dozen law-enforcement agencies in the country that have been statutorily empowered to play an equally significant role in the increasingly daunting war against official corruption in the country: “An analysis of the above shows that out of the ten offences listed from the Criminal Offences Act, six of them are misdemeanors, two are felonies and [another] two are unclassified. The balance of criminal offences in the Criminal Offences Act which have not been apportioned to the Office [of the Special Prosecutor] deal with several felonies to be investigated by various law and order enforcement agencies under the Inspector-General of Police, the Director-General [of the] CID, the Executive-Director [of the] Economic and Organized Crime Office, the Director of the Bureau of National Investigations, the Director-General of the Ghana Immigration Service, the Executive-Secretary of the Financial Intelligence Center, the National Security Coordinator, the Director of Public Prosecutions, and many others.

The author has 4884 publications published on Modern Ghana.