…Calls On Police To Bring Perpetrators To Book
By RIWAMA 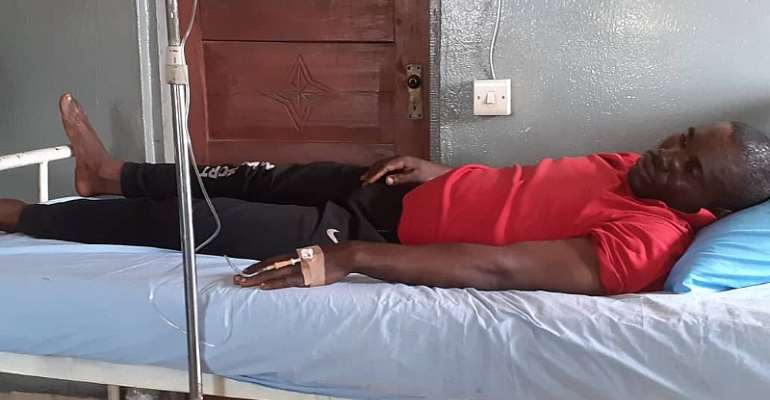 The injured driver of RIWAMA truck in hospitalÂ

The Sole Administrator of the Rivers State Waste Management Agency (RIWAMA), Bro. Felix Obuah has condemned in strong terms, the attack on some workers of the Agency who were on official and routine sanitation duties of cleaning Port Harcourt, the State Capital and its environs.

Bro. Obuah in a statement by his Special Adviser on Media and Publicity, Jerry Needam said the unfortunate incident took place Wednesday, August 14, 2019 at Rumuodomaya after the RIWAMA workers accosted some Hausa boys who were caught dumping refuse indiscriminately on the road in broad daylight, in violation of the stipulated dumping hours of 6 p.m. to 12 midnight.

According to the RIWAMA Sole Administrator, when those Hausa boys were

accosted by the workers for dumping refuse indiscriminately outside of the stipulated dumping hours in default of the sanitation law of the State, rather than show remorse for their action, they resorted to fighting the RIWAMA workers, vandalizing their truck, brandishing dangerous weapons and inflicted injury on one of them who was rushed to hospital where he is currently receiving treatment.

Bro. Obuah said this attack on workers of the Agency came as a rude shock to him, considering that it happened a day after he felicitated will Muslim faithful in the State on their Salah celebration and urged them to support the efforts of the Agency by keeping their surroundings clean and also respect the Sanitation laws in the State.

The visibly enraged RIWAMA boss, who described the attack as provocative, unwarranted and despicable, called on the populace to cooperate with workers of the Agency, while also calling on the police to bring the perpetrators to book.

Bro. Obuah also called on the Hausa Community in Rivers State to caution their members against such lawless acts, stressing that the RIWAMA workers provide highly essential service to the people, and should be encouraged rather than vilify and unleash horror on them.