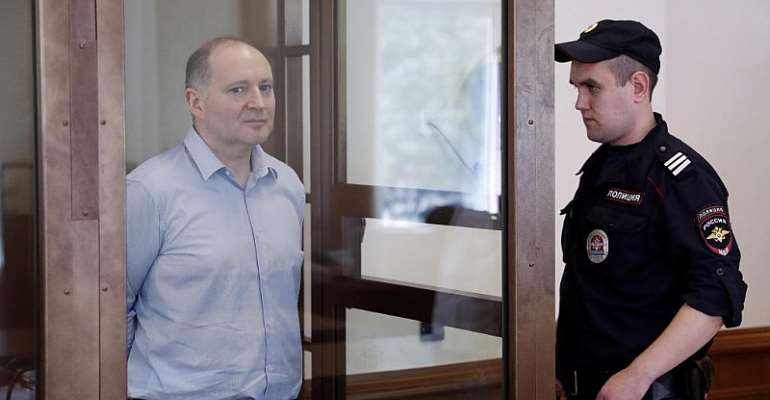 A Moscow court on Thursday released French banker Philippe Delpal from jail into house arrest, days before a summit between the Russian and French presidents.

Delpal, a senior executive in investment firm Baring Vostok, was arrested in February together with company chief Michael Calvey and other suspects.

The arrests raised serious concerns among foreign investors in Russia.

Judge Anatoly Korolev in the Moscow City court ruled in favour of Delpal's appeal against last month's decision to extend his detention by another three months.

Delpal was then released in the courtroom this Thursday.

Macron host Putin at Fort de Bregançon
The surprise decision comes ahead of talks between Russian President Vladimir Putin and his French counterpart Emmanuel Macron, who are meeting at the seaside retreat of Fort de Bregançon in southern France on Monday.

The case alleges that Calvey, Delpal, and other suspects defrauded Russia's Vostochny Bank of 2.5 billion rubles (€34.7million) -- charges they deny as fabricated by a competitor.

Speaking during Thursday's hearing, Delpal rejected the allegations and promised he would not leave Russia if released from detention during the investigation.

"I am not implicated in this alleged crime," he said. "My life is in Moscow, fleeing is not an option because it will seem like I recognise my guilt."

House arrest had been hoped for
His release into house arrest follows a similar decision for Calvey, a longtime investor in Russia whose fund gave a head-start to some of the country's top companies.

Delpal has lived in Russia with his wife and two children for the last 15 years.

His wife had long argued that Delpal should be moved to house arrest. She bought a flat in Moscow to increase the chances of her husband being released from jail and into a residence.

Macron urged Putin to release Delpal when the two met during the G20 summit in Japan in June, according to an aide to the French leader.