Zimbabwe: Violent crackdown on activists underway ahead of opposition protests 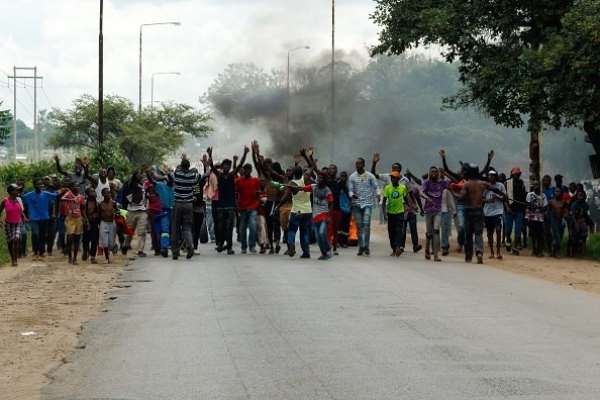 An escalating crackdown against human rights defenders, activists, civil society leaders and members of the opposition, including abductions and torture, is underway ahead of the opposition-led protests scheduled for tomorrow, Amnesty International said today.

“We are witnessing a violent crackdown on activists and civil society leaders, with authorities using some of the brutal tactics seen under the government of Robert Mugabe. Instead of listening to protestors’ concerns about the economy, the authorities have used torture and abduction to crush dissent and instil fear,” said Muleya Mwananyanda, Amnesty International’s Deputy Regional Director for Southern Africa.

“Rather than targeting dissent the Zimbabwean authorities should focus on improving the country’s economy and the lives of the population. Millions of people live in poverty and are routinely denied their human rights, and suspected perpetrators of human rights violations continue to enjoy almost absolute impunity.”

One activist, Tatenda Mombeyarara, was abducted on the night of 13 August from his home in Chitungwiza by unknown men armed with AK-47 rifles. The men placed a plastic bag over his head, bundled him into their car and drove away.

Mombeyarara was severely beaten with metal rods on his feet and buttocks before the men dumped him near a pit in Hatfield, a suburb in the South of Harare, where they left him for dead. He is currently being treated in hospital for the serious injuries he sustained.

During the beatings, he was accused of being involved in organizing the protests scheduled for 16 August. The men threatened him, saying: “[We are going] to deal with all of you”.

In May, Tatenda Mombeyarara was arrested at the Robert Mugabe International airport in Harare, upon his return from a capacity-building workshop on non-violent protest tactics in the Maldives. He was later released on bail, but his travel documents were confiscated by the authorities.

On the same night Blessing Kanotunga, an activist from the opposition Movement for Democratic Change (MDC), was taken from his home in Mufakose by unknown armed men. They dumped him in Chitungwiza, a suburb in the South of Harare. He is also receiving treatment for serious injuries sustained on his back.

“The authorities must launch a prompt, thorough, impartial and effective investigation into the abduction and torture of the two activists and ensure that suspected perpetrators are brought to justice in fair trials,” said Muleya Mwananyanda.

“As people prepare to protest for their socio-economic rights over the next few days, authorities must exercise restraint against protesters and respect, protect and promote both freedom of expression and freedom of peaceful assembly of everyone. Organizing and participating in protests is not a crime.”

The situation is tense in Zimbabwe as the country’s main opposition party, the MDC called for mass protests to demonstrate against the struggling economy which has resulted in millions of people in both urban and rural areas barely surviving. Millions of people are reliant on food aid. The protest is endorsed by trade unions and other civil society groups.

The government has issued a stern warning against any protest, accusing unnamed foreign collaborators of working with local civil society organizations to destabilize the country through protests.

Earlier this year, 15 protesters were killed by security forces after the government’s decision to hike fuel prices.