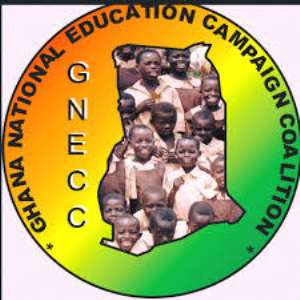 The General Assembly of the Ghana National Education Campaign Coalition is asking the general public to ignore allegations leveled against the Deputy Minister of Education, Honorable Dr. Yaw Adutwum by its former Chairman, Mr. Kofi Asare.

According to the GA, its attention has been drawn to allegations made by Mr. Kofi Asare in an interview on Citi FM’s Eye Witness News programme alleging Honorable Dr. Yaw Adutwum funded some members of the Coalition to convene a meeting to axe him.

In a press release sighted by Modern Ghana, GA said "We would like to state categorically that the claims of Mr. Kofi Asare are false and the Coalition dissociates itself entirely from them. Mr. Kofi Asare’s claims should be taken as his own statement and not that of the Coalition."

It emerged that the General Assembly of Ghana National Education Campaign Coalition few days ago sacked from office its former Chairman, Mr. Kofi Asare following a resolution that was passed at a meeting which disclosed that the outgone leader did not meet the criteria for election to the office of Chairman.

It is emerging that based on a resolution by members of the Coalition, Mr. Kofi Asare is no longer recognized as the Chairman of the Executive Council of GNECC.

The General Assembly said "He therefore does not speak for the Coalition or represent the Coalition in any capacity. We wish to reiterate that GNECC is an independent civil society organization working at changing attitudes and practices and influencing policies of institutions (local, national, and intergovernmental bodies, donors and the general public) towards ensuring quality pre-tertiary education for all through working with CSOs and communities."

The General Assembly of the Ghana National Education Campaign Coalition says it will continue to collaborate with all relevant stakeholders to support the provision of quality education for the children of Ghana.

Below is a copy of the press release. 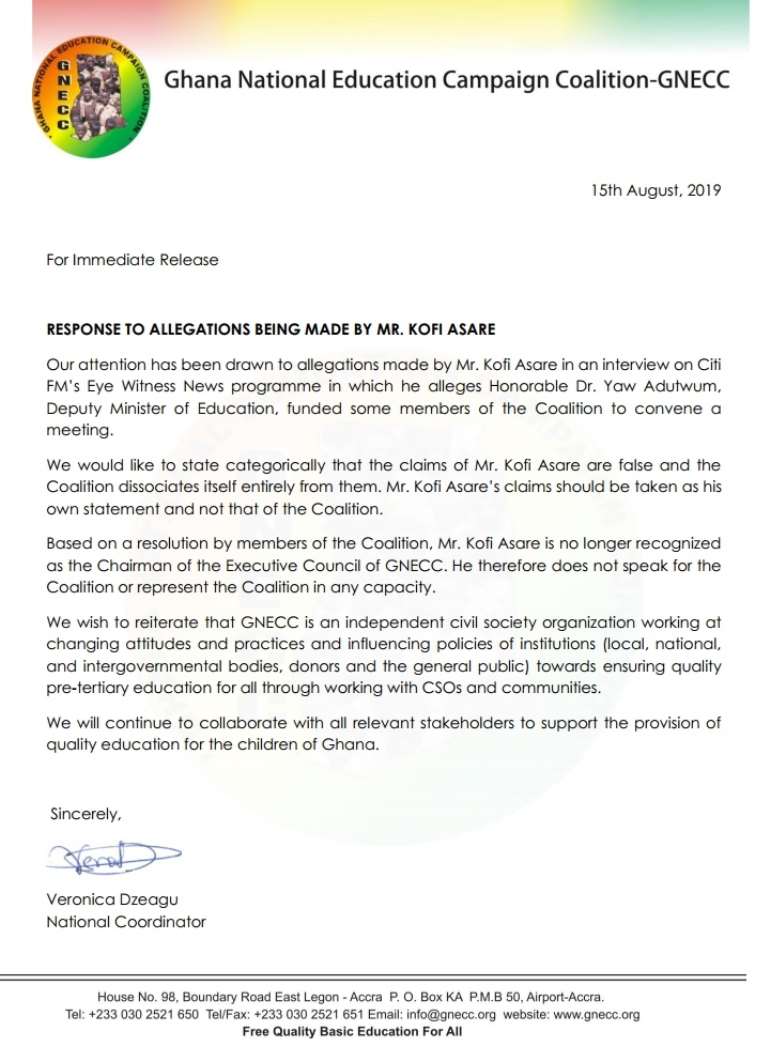