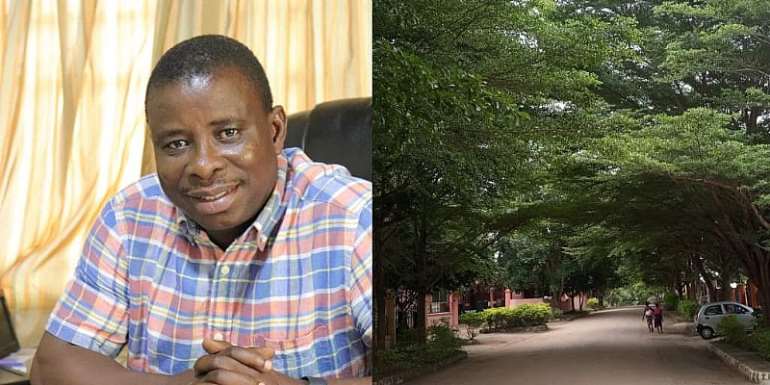 Chief Executive Officer of Koans Building Solutions, Prof Kofi Anokye has called on his colleague developers in Ghana to take the lead in safeguarding the environment by planting more trees in their gated communities.

He said this in an interview with this reporter after planting tree number five thousand since he started the Estate Business some twenty years.

With three separate gated communities developed as a company, a notable feature of every Estate when we decided to take a tour at Pokuase, Nsawam and Kuntunse is how walls of very house are flanked by three.

Indeed, it is rare to feel the scotch of the sun in all three sites we visited due to the large number of trees planted.

When asked about the inspiration behind the investments on trees, Mr Anokye revealed that he feels an obligation to give back to nature and the people he builds for as someone who tilts green lands to provide homes for people.

“Humans are alive because there are trees, in view of this, it always feels like I have given a life when I plant a tree and this has been the drive from tree number one to today’s tree which makes it five thousand in all.”

He indicated that “as a nation, we can only safeguard the existence of the next generation by making a conscious effort to create a healthy environment for them.

In view of this, he called on Real Estate developers to take the lead by planting at least one tree per house.

According to him, this practice will be a huge substitute or mitigate against the effect of the continuous deforestation that is hitting our forests.

“We can no longer create communities without trees and continue to depend on our forests to churn out fresh air for us.”

“Trees produce oxygen, hold airborne particulates and therefore creates a huge role in the respiratory health of a people and so it is our collective duty to create environment dominated by trees.”

He further impressed on government to rollout a one house one tree policy, make it prerequisite for granting building permits and also give owners of existing houses a period to plant in their houses

According to him, doing this will increase the life expectancy of Ghanaians and so it is a compliant initiative to embark on.