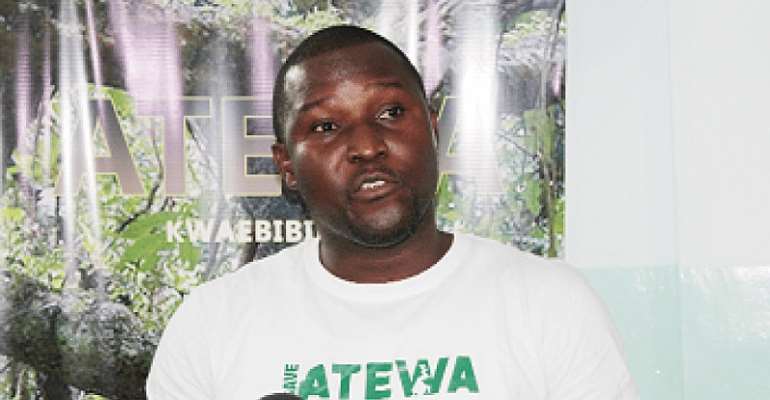 Daryl Bosu, the Deputy National Director of environmental NGO, A Rocha Ghana, wants to see more action from the Forestry Commission on the illegal felling of Rosewood in Ghana.

After the Builsa South MP, Dr. Clement Apaak, petitioned the Office of the Special Prosecutor to investigate the alleged issuance of permits for the felling of Rosewood in the country, Mr. Bosu said the Forestry Commission also needed to probe the matter.

Dr. Apaak’s petition followed a report published by the Environmental Investigation Agency of the United States, accusing the Forestry Commission and the Wildlife Division of issuing illegal permits despite a ban on the activity dating back to 2014.

The Environmental Investigation Agency noted that since 2012, over 540,000 tons of rosewood; the equivalent of 23,478 twenty-foot containers or approximately 6 million trees, were illegally harvested and sent to China alone whilst the ban was in place.

Mr. Bosu insisted to Citi News that the Forestry Commission could not ignore what has been described as “a harrowing” situation.

“From the evidence on the ground, the fact that there is even a ban in place since March and the fact that despite the ban, there is still some active rosewood harvesting, exportation and transportation from some areas in this country does not sit well.”

In March 2019, the Lands and Natural Resources Ministry again placed a total ban on the harvesting and exporting of rosewood.

The Ministry directed the Forestry Commission to suspend the processing of permits for the exportation of rosewood.

China is noted as a major destination of felled rosewood where it is highly valued and used for antique-style furniture.

But currently, some companies are said to be exporting the rosewood using expired licenses, while some others have no form of permit.

Clashes have been known to erupt around the activities of lumberers.

In February 2019, Police in the Upper West Region arrested two people in connection with clashes in Funsi in the Wa East municipality which led to the death of two people.

A Chinese national, Helena Huang was arrested with four containers of rosewood earlier in 2019 while she was planning to smuggle the product out of the country.

Huang has subsequently been deported and no formal charges were pressed against her.

In June this year research conducted by the Ghana Wildlife Society (GWS) in collaboration with Kalakpa Youth Club and the Abutia Development Union found that 200 containers of rosewood were smuggled from the Kalakpa Resource Reserve in Abutia, in the Volta Region illegality.