CSOs Intensify Calls For The Passage Of Affirmative Acton Bill 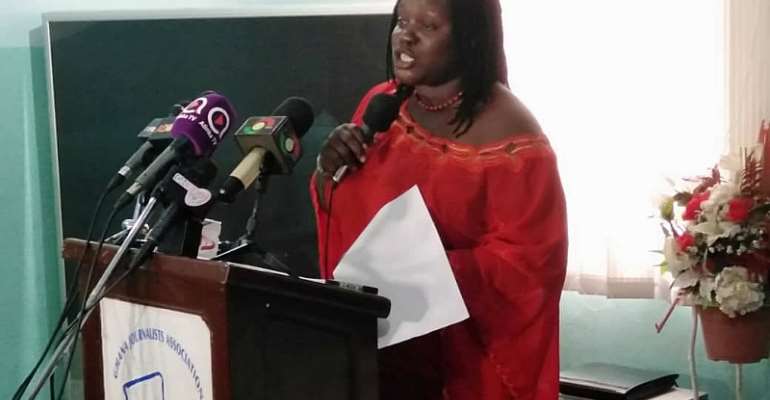 Civil Society Organisations Cluster on Decentralisation and Citizens’ Participation has called on the Minister for Gender, Children and Social Protection to fast-track the laying of the Affirmative Action Bill before Parliament as soon as it resumes from recess.

It also called the President Nana Addo Dankwa Akuffo Addo to use his position as the African Union Gender Champion and Co-Chair of the Sustainable Development Goals to double his efforts towards achieving the set targets by the passage of the Affirmative Action Bill.

“We have had promises, assurances, pronouncements and proclamations made in an election year after election year with very little action taken to address the systemic inequalities that prevent women being part of the decision-making processes,” Ms. Efua Edith Chidi, the Co-Convener, CSOs Cluster on Decentralisation and Participation, said. 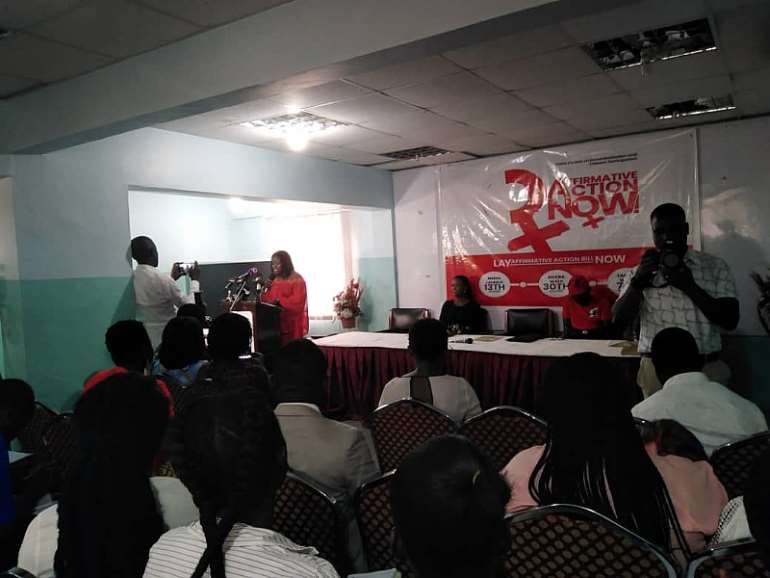 She said this at the campaign launch in Accra organised by the group to express their worries including the government's negligence to facilitate the passage of the Affirmative Action Bill for the past 13 years.

She said, the Bill, when passed, would accelerate Ghana’s efforts at meeting Sustainable Development Goal 5 target of Gender Parity in decision making by 2030 and the African Union Gender Agenda of 50-50 representation of both men and women in decision-making.

Also "women's representation in public service independent constitutional bod6, boards of state institutions and political parties will be greatly enhanced. This will require our government to ensure gender representation at all levels of governance and decision-making and as well address social and economic gaps or imbalances" she said.

"We want to remind the government that the 1992 Constitution provides the basis for affirmative action law; Article 17, clause 4a states that ‘Nothing in this Article shall prevent Parliament from enacting laws that are reasonably necessary to provide for the implementation of policies and programmes aimed at redressing civil and political, cultural, social, economic and educational imbalance in the Ghanaian society”.

According to her, many African countries including Rwanda, Uganda, Malawi, and Guinea Bissau, who started the Affirmative Action journey later than Ghana had passed the bill and started implementing it with impressive progress.

She explained that Guinea-Bissau passed their gender equality law and subsequently appointed 50 per cent women and 50 per cent men to cabinet positions, adding that other African countries had also demonstrated how their governments had been responsible and committed to ensuring gender equality within their political spaces.

Ms. Chidi cited that Rwanda, a country that emerged out of a civil war topped the world chart of women's representation in parliament with 49 out of an 80-member parliament, representing 61.25 per cent.

She called on the government to prioritise the Affirmative Action Bill so that the country would not lose out from the expected benefits of the Bill.

She said the group would embark on a walk on August 30 in Accra and September 7 in Tamale to press further their demands and draw the attention of the public and the government to accelerate the passage of the Affirmative Action Bill and called on media houses to inform the public through their news and programming.

JHS Not Increased To Four Years Or Reduced SHS Duration – Na...
17 minutes ago

We've Been Begging To Survive Over Closure Of Our Shops – N...
17 minutes ago