NPP Mixing Up Its Figures About Jobs Created – Richard Quarshigah 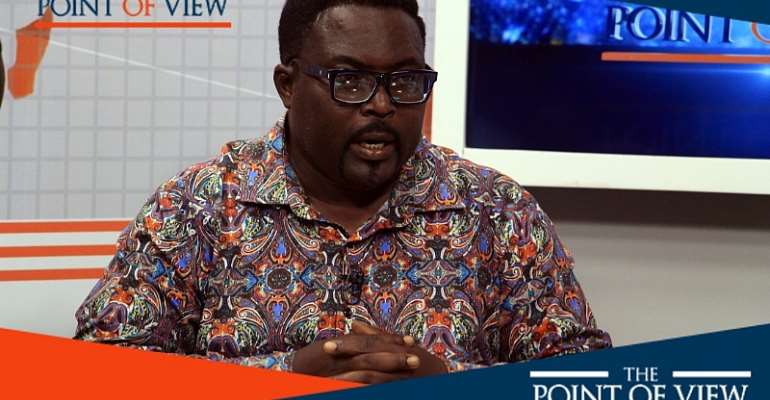 Deputy Ranking Member of Employment, Social Welfare and State Enterprise Committee of Parliament, Richard Quashigah, has accused the governing New Patriotic Party (NPP) of cooking up its own figures on the number of jobs it has created since it assumed office.

He says, there is always a display of mismatched data anytime government appointees come out to tout government’s achievements on jobs and unemployment.

Quashigah believes the latest justification from the Ministry of Business Development on how it used Ghc100 million to create over 4,000 jobs through building the capacity of some entrepreneurs and the promise to create 120,000 more jobs highlights the government’s weak strategy to address the issue of unemployment the country is saddled with.

“I think that when you want to journey back to history, the facts must speak for that era. They [NPP government] talked about 600,000 jobs and they provided categorization and jobs that disguised unemployment, seasonal jobs among others. But at this time that we find ourselves in, figures have just been dangled without necessarily giving a very concrete breakdown. We challenged the Employment Minister to give us some form of breakdown which itself brought about debates. He said the planting for foods and jobs has provided some 745,000 jobs but that figure has even been challenged by experts because that couldn't be substantiated. When the President came to Parliament he shied away from the figure and gave 200,000 jobs under planting for food and jobs. Obviously, this appears that government was speaking at cross purposes”, he told Bernard Avle on The Point of View on Wednesday.

“We have heard the Deputy Minister of Trade and Industry that they have created 300,000 jobs. He came and backtracked and gave a different figure. So clearly, there is a cacophony of data and information on job creation as far as this government is concerned. Not too long ago, the Vice President told us that there were 350,000 jobs that have been created. Now we are hearing from the Minister for Business Development that he has created about 4,700 jobs in his sector“, he added.

Where are the jobs?

Mr. Quashigah questioned among other things, the specific existence of these jobs government is said to have created adding that government is on a job replacement spree and not necessarily creating jobs.

While bemoaning the unavailability of proper data on unemployment, he suggested that the Social Security and National Insurance Trust (SSNIT) should be able to provide figures on the number of new contributors to shape conversations revolving around job creation and unemployment.

“We don't seem to have accurate data on employment creation in this country. We are told that thousands of jobs have been created in the formal sector but I say those are not job creation, but job replacement because we have had people who leave or retire and ought to be replaced. I also believe that one institution that can give us a vivid picture of things will be SSNIT. How many contributors have been added on to those who are currently on the scheme? So, if SSNIT is telling us that we have about 1.9 million contributors in 2016, what was the figure then? So if there is any increase at all then it was marginal as far as the formal sector is concerned. Are we saying that most of the jobs created are in the informal sector? If they are, which areas are they in the informal sector? So in which areas can we find these areas and what kind of jobs are they doing? It's great if these jobs exist –we all should be excited.”

For Mr. Quashigah, the panacea to tackling the increasing rate of unemployment and the challenges affecting the country's job creation drive is to shun the politically motivated approach in dealing with the matter.

He also wants a broad multi-stakeholder consultation to identify the loopholes in the system in order for the country to adopt a national blueprint on job creation.

“We have a situation at hand but this issue of job creation goes beyond partisanship. It is a national issue we have to look at with a national perspective. There is the need for us to bring together, captains of industries, former ministers of employment, academia, experts and foreign experts to conduct a SWOT to find why we have failed in certain areas in creating jobs. What were the challenges? What did we do that was wrong? We don't have to look at the issue of job creation with a political lens. Job creation is not the business of government. It is largely a private sector driven agenda and therefore there is the need for us to think outside the box, bring out all those who have the capacity and expertise for us to develop a national blueprint to move us away from this situation“, he noted.