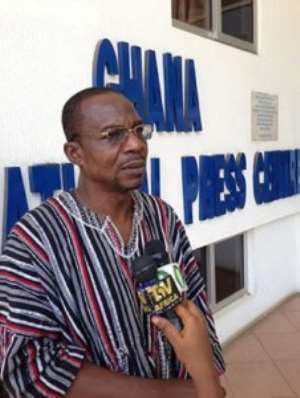 The Ghana Journalists Association (GJA) will commemorate its 70th Birthday today, Thursday, August 15, 2019, at the Movenpick Ambassador Hotel in Accra.

On August 15, 1949, the GJA was birthed to promote high journalistic standards, media freedoms, and welfare of journalists. It was also meant to defend journalists against abuse by state and non-state actors.

The commemoration of the 70th anniversary will involve the cutting of anniversary cake and reflections on the history and relevance of the GJA by some distinguished personalities, with Prof. H. Kwasi Prempeh, the Chairman of the Ghana Centre for Democratic Development (CDD-Ghana), as the Guest Speaker.

Representatives of key partners will also deliver goodwill messages. They include the Ghana Independent Broadcasters Association (GIBA), Private Newspaper Publishers Association of Ghana (PRINPAG), UNESCO Ghana, and the US Embassy in Accra.

The event will be chaired by Ambassador David Anagletey, former Ghana Ambassador to Togo and Director-General of the Ghana Broadcasting Corporation. It will be telecast live on GTV, Atinka TV, GHOne, TV3, and other broadcast networks.

In a solidarity message, the International Federation of Journalists (IFJ) congratulated GJA on its 70th anniversary.

“The GJA is a shining example – a journalists’ association with an unwavering commitment to standing up and speaking out in defense of journalists and journalism.

“From your successful struggle against the Criminal Libel and Sedition Law to the adoption this year of the Right to Information Law the GJA has been at the forefront of protecting not only the country’s journalists, promoting the best in independent, ethical journalism but also in defending citizens’ rights to information.

“Today, on your anniversary, that spirit and courage in defense of media freedom is needed more than ever. Around the world, journalism is under attack – and even in Ghana which enjoys greater media freedom than all other countries in Africa – your solidarity, your voice, your advocacy is increasingly vital to defend your achievements.

“We are proud to honor you today, to thank you for 70 years of struggle and to pledge to stand shoulder to shoulder with you in the future. Happy Birthday, GJA,” The statement concluded.

Finance Minister Refused To Save 'Distressed' uniBank — Ex-D...
1 hour ago