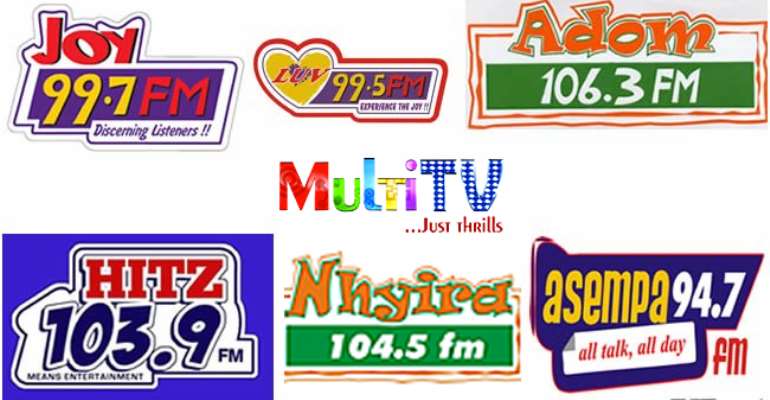 Media they say is the fourth realm of governance. The role they play in our current dispensation cannot be overlook by discerning folks and it is evident for all to see.

But recently, it seem there is some sort of tyrannical media coverage that is emanating from some media houses who for the past years have chalked some glorious accolades in their line of duty.

JoyNews, of late is on a path that is effortlessly eroding away their good deeds that have been engraved on the steel of facts ever since NDC planted a mole in that house in the person of Akyina Bretuo.

This chap is a dyed-in-wool NDC member. Infact he was in the political limelight with Sam George when they defended vehemently monies that Betty Mould and Barton Oduro paid to Woyome at the blind side of Professor Mills. Ever since he came to Multimedia, he is trying frantically to besmirch the NPP administration on purpose so as to project his party ‘NDC’ as pristine.

The time he started newspaper review, he couldn’t hide his bias and that was evidently clear. He promoted the botched ‘Militia’ video which disappointed many Ghanaians including the CEO of the company. Holding unto their belligerent stance, the verdict of the NMC made them feel groggy and they have not found their feet ever since the (TKO) verdict was given.

The painful exit of Manasseh I believe is a handiwork of Akyina Bretuo; as I shudder to say, he had a personal agenda to settle with Manasseh on the ‘Mahama Ford’ issue. He and his cohorts have been nursing the wounds Manasseh inflicted on them, knowing that piece was the last nail into John Dramani Mahama’s coffin coming into the 2016 election. I am not far from the truth!!! To my chagrin, he has achieved his brutal dream; and I can’t fathom why Multimedia is not seeing this. There is a fifth column in their stables so they must watch out.

Having press the button of Media freedom under attack, they fetched for disgruntled people like Wireko Brobbey, Haruna Atta, Kwesi Pratt et al who are all at ‘war’ with his excellency Nana Addo Dankwa Akufo Addo. This folks with their venomous utterances, have been painting a gloomy picture of how the state is ‘targeting’ some media personnel, (even though is a figment of their own imagination) forgetting that, freedom comes with responsibilities and they run concurrently.

Now, their ‘Dear Nana Addo’ program is pregnant with vindictiveness, hatred and garbled pieces which I believe is part of the schemes of the addlepated chap, Mr. Bretuo. With a benefit of hindsight, they showed disturbing but half truths on the water situation in some parts of Volta Region.

Though I pray the government to move in quickly to solve that problem, his party has been in power for 16yrs and they claim the Volta Region is the ‘world bank’ of their political fortunes; and that is rightly so. But they failed to get them good drinking water.

My advice to the multimedia group is thus simple, as one need not be thaumaturge to see the end of the tunnel. This stooge in the editorial seat of Joynews has what it takes to get their hard built reputation destroyed as this government have what it takes to deflate every ill reportage that will emanate from their circus.

What they are practicing currently is a ‘HOSTAGE MEDIA REPORTAGE’. But mind them; Empires never think their end is NEAR until their END is HERE.