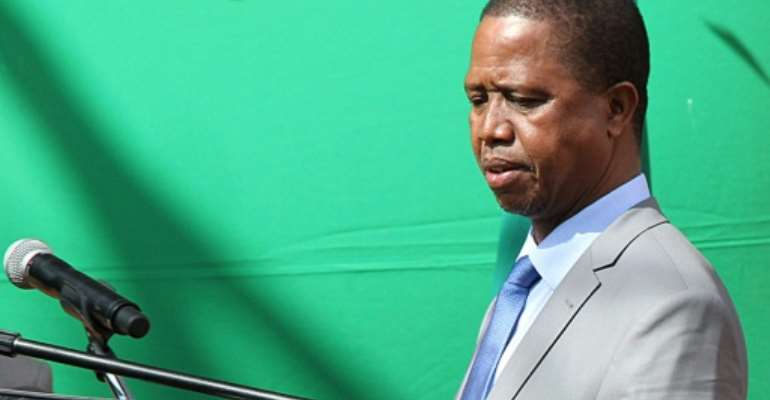 Zambia's leader on Wednesday held talks with the chairman of Vedanta Resources after the copper mining giant faced expulsion from the country for allegedly failing to pay taxes, the presidency announced.

London-based Vedanta is the majority owner of Zambia's largest copper mining firm, Konkola Copper Mines (KCM), which has been at the centre of a standoff with government. The state-owned ZCCM-IH is a minority shareholder in KCM.

Zambian President Edgar Lungu has vowed to dissolve the firm, accusing KCM of violating its operational licence and not paying all its taxes.

Vedanta has denied the allegations and is locked in a legal battle with the government.

Lungu has targeted the mining sector to generate tax revenue as Zambia struggles with growing debt, and has told international mining companies to leave the copper-rich country if they opposed government policy.

Zambia is Africa's second biggest copper-producing country after the Democratic Republic of Congo, and the sector is a major employer.

In a statement, the presidency said Lungu met Vedanta chairman Anil Argawal at the request of the investor.

"The president accepted to meet him to listen to what he had to say," the statement said.

Argawal "expressed his desire to continue running the mine" and pay debts owed to suppliers and restructure the company shareholding, it added.

However, Lungu said he would not back down because the "position that the government has taken has the support of the people of Zambia and the meeting will not affect any ongoing liquidation process", the statement read.

In May, a Zambian high court appointed a provisional liquidator to dissolve the company, but the High Court in Johannesburg ordered a halt to any sell-off of KCM assets.

Vedanta approached the South African High Court because Johannesburg is set to host the arbitration process.