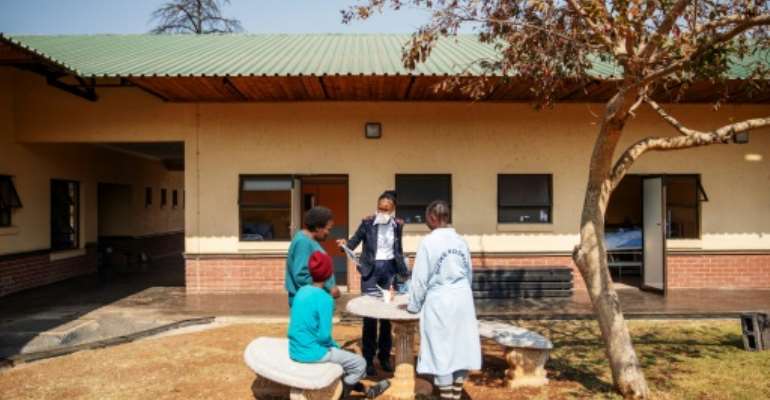 TB patients participate in painting activities with a caretaker in the garden of Ward 16, where the drug-resistant tuberculosis patients are housed and treated, on August 5, 2019, at the Sizwe Tropical Diseases Hospital in Johannesburg. By Michele Spatari (AFP)

Four years ago, South African fashion designer Innocent Molefe, 38, was diagnosed with tuberculosis. A year ago, it developed into multi-drug resistant strain requiring painful injections and heaps of pills.

Three months after the first round of treatment, he relapsed and started a second round. At the end of it he still wasn't cured.

Thanks to a new treatment - approved Wednesday by the US Food and Drug Administration - he is now cleared of the disease, has bounced back to work and has even resumed night-clubbing, something he has stopped four years ago.

"I was willing to beat TB and I'm living proof. I can move around... I can still go clubbing till the early hours," said the dreadlocked designer at his home in Soweto township. 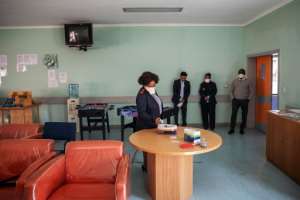 The new treatment which cures highly drug-resistant strains of tuberculosis will drastically shorten the treatment period.

The three-drug regimen consists of bedaquiline, pretomanid and linezolid - collectively known as the BPaL regimen.

Pretomanid is the novel compound developed by the New York-based non-profit organisation TB Alliance and which received the FDA greenlight Wednesday.

The treatment regimen was trialed at three sites in South Africa involving 109 patients and achieved a 90 percent success rate after six months of treatment and six months of post-treatment follow-ups.

With the treatment involving five pills of the three drugs daily taken over just six months - it makes easier to administer. 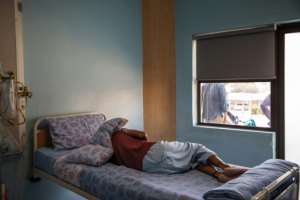 This compares to between 30 and 40 drugs that multiple-drug resistant TB patients take each day for up to two years.

"Usually and in many places in the world the treatment for (multiple) ... drug resistant TB would take anything between 18 to 24 months," said Pauline Howell, principal investigator of the clinical trial at Sizwe Tropical Disease Hospital in Johannesburg.

"This still includes daily injections for six months, which are extremely painful," Howell said, adding that taking only five pills would make a huge difference.

The FDA approval represents a victory for those suffering from highly drug-resistant forms of the world's deadliest infectious disease, said Mel Spigelman, president and CEO of TB Alliance.

Last year there were more than half a million drug resistant TB cases in the world.

A chronic lung disease which is preventable and largely treatable if caught in time, tuberculosis is the top infectious killer, causing over 1.6 million deaths each year.

More than 10 million are cases recorded every year. The disease has worsened as it has become increasingly resistant to available medicines.

"This is really groundbreaking result we have here," said Folu Olugbosi, clinical director and head of the South African office of TB Alliance.

Patients are moving from a "truckload of pills" to cure the resistant strain with just three drugs and in just six months, Olugbosi said.

At the Sizwe hospital northeast of Johannesburg, a patient named Nxumalo arrived from Katlehong township for his regular post-treatment check-up to make sure he is still in the clear.

"With the old regimen, I would vomit," said the 23-year-old unemployed man. "But with the one for research, it's easier to take than 24 tablets."