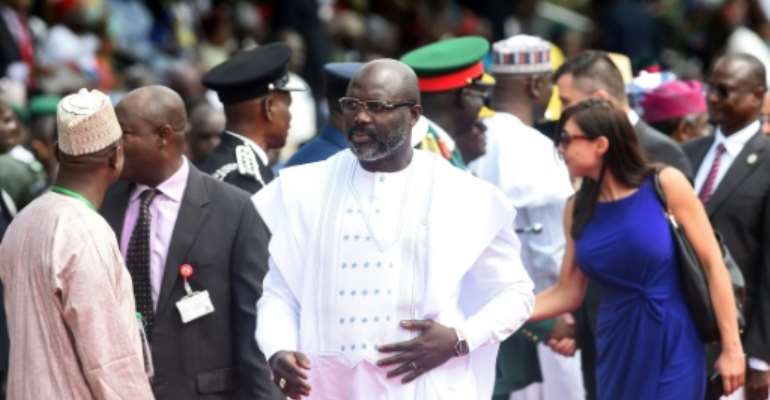 More than 15,000 Liberian civil servants have not been paid for months, government and judicial sources said Wednesday, reinforcing concerns over graft and economic mismanagement under President George Weah.

"It is true that there is a delay in paying civil servants," one senior government official told AFP, acknowledging that the workers have gone unpaid for between one and three months.

"I owe my landlord and he is on my back for his rent," one government employee told AFP. "Schools are about to open and I don't know how my kids will go to school. It is frustrating, very frustrating."

Weah, 52, held economic talks with his opponents in June just days after thousands took to the streets to protest against rising prices and corruption.

Weah campaigned on the same issues during his rise to the presidency a year and a half ago.

A protest coalition has made a string of demands, including improving human rights, fighting graft and prosecuting officials over financial problems at the Central Bank of Liberia.

Some in the security sector and judicial system have voiced concerns that the payment arrears will only increase corruption if court officials are tempted to look for ways to make money.

Criminal Court A Judge Roosevelt Willie warned that the delays could also weaken the judicial system.

"The widespread nature of corruption is due to constant delays of judges' salaries and other benefits," Willie said during a ceremony marking the start of August court sessions.

Though revered for blazing a trail for African footballers in Europe, Weah is struggling to revive one of the world's poorest countries, still traumatised by civil wars between 1989 and 2003 that claimed a quarter of a million lives.