Minority Runs To US Ambassador Over PDS Fiasco 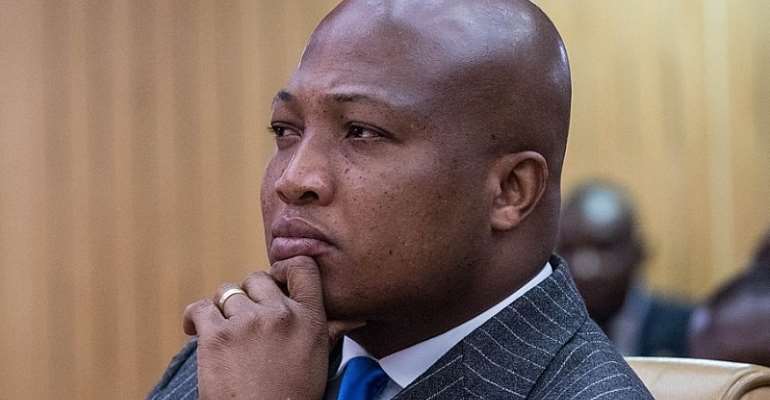 The Minority in Parliament has petitioned the United States Ambassador to Ghana, Stephanie S. Sullivan, to demand proper investigations by the United States Government into the Power Distribution Services (PDS) concession debacle.

The petition signed by the Minority Leader, Haruna Iddrisu was personally delivered at the US Embassy in Accra by the Ranking Member on Parliament’s Committee on Foreign Affairs, Samuel Okudzeto Ablakwa.

The Minority in a statement explained that the petition had become necessary, given that the Nana Akufo-Addo government “cannot be trusted to conduct thorough and independent investigations into this scandal of monumental proportions.”

“The Minority seeks to trigger investigations under the Foreign Corrupt Practices Act of the United States of America especially after a clearer picture is now emerging that the Akufo-Addo Government stands complicit with top functionaries and cronies neck-deep in the putrescent sleaze.”

“We are additionally fortified by the knowledge that United States Authorities would not adopt a nonchalant attitude and allow millions of US taxpayer dollars under the signed Compact II of the Millennium Challenge Account to be recklessly misapplied and squandered,” the statement added.

The PDS concession was suspended on July 30 leading to the Electricity Company of Ghana (ECG) Limited temporarily resuming power distribution responsibilities in Ghana.

There have been reports of forged documents being involved in the deal and the Government has begun an enquiry into possible lapses in fulfilling some aspects of the deal. Claims gov't officials conspired in PDS deal 'illogical' – Oppong Nkrumah

The Information Minister, Kojo Oppong-Nkrumah last week described as illogical claims that some government officials were conspiring to take a national asset in the PDS concession deal.

Mr. Oppong-Nkrumah said the government would not have called for a full-scale inquiry into the matter if there were intentions to take a public asset as part of the contract.

The Minority in Parliament accused government officials of trying to use the PDS concession agreement with Ghana to loot the country's coffers.

But the minister urged the public to “dismiss that propaganda.”