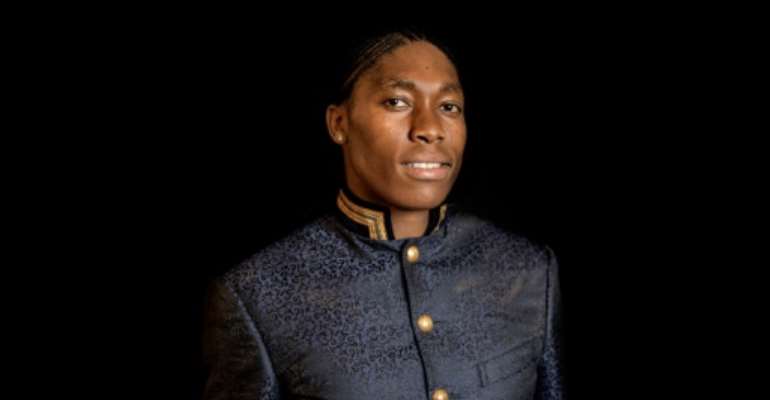 'I'm a 'problem' because I'm an over-achiever,' Caster Semenya told a women's empowerment conference in Johannesburg. By MARCO LONGARI (AFP)

South Africa's two-time Olympic 800m champion Caster Semenya on Wednesday shrugged off critics in the face of a ruling that has banned her from defending her world middle distance title in Doha in September.

The 28 year-old has been embroiled in a bitter legal battle with the International Association of Athletics Federations (IAAF) over rules that force female athletes to regulate their testosterone levels.

Last month a Swiss court revoked a temporary suspension on the IAAF's controversial testosterone-curbing rules, meaning the double Olympic champion Semenya can no longer compete in events between the 400m and mile, as she did in June and July.

Speaking at a women's empowerment conference in Johannesburg, the defiant and confident Semenya said the obsession with getting rid of her was driven by the fact that she is undisputedly the best in the world.

"I'm targeted because I'm undefeated...I'm the best at what I do."

"When you are the best in the world people get obsessed with what you are doing."

"Probably I'm a 'problem' because I'm an over-achiever so we must get rid of you," said the self-confident athlete.

The IAAF argues that while it accepts Semenya is legally a woman, she has masculine attributes stemming from differences of sexual development (DSD) that create an unfair advantage over other women.

The IAAF this year introduced rules requiring women with higher than normal male hormone levels -- so-called "hyperandrogenic" athletes -- to artificially lower their testosterone to run in at some distances.

It is a position hotly contested by South African officials.

Semenya did not comment on issues around further litigation in the matter, saying that as an athlete she only wanted to stay focused on her training, which she described as her "weapon".

"There's not much that I can say about the case, what I can tell you is that I am on top of my game," she said adding that she had no plans of quitting running anytime soon.

The athlete has said she will not take any body altering medication.

The IAAF's DSD rules -- first adopted last year but suspended pending the legal battle -- came into effect on May 8, applying to distances from 400m to a mile, and including the heptathlon.

The World Medical Association has urged doctors not to enforce the controversial new rules, warning that attempts to do so would be unethical.