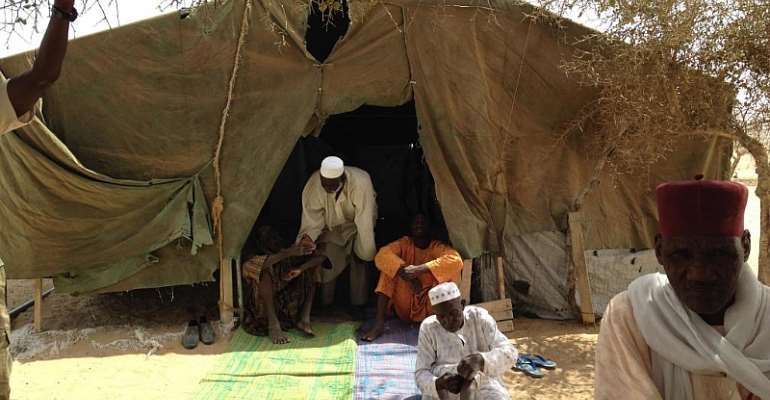 A suspected Boko Haram female suicide bomber detonated an explosive vest in the early hours of Wednesday, killing at least six people and injuring several others in western Chad, according to a Chadian army officer who did not give his name.

“In the early morning hours, a female kamikaze and member of Boko Haram entered the courtyard of the head of Tatafiromou canton, where she detonated her vest, killing six people, including a soldier,” the officer told Agence France Presse.

The attack was confirmed by a local non-governmental organization, which did not want to give its name for security reasons.

The attack took place in the village of Kaiga-Kindjiria, an area on Lake Chad where attacks have escalated since the beginning of the year.

The larger Lake Chad region has seen an upswing in attacks since June 2018 -- about a dozen have been carried out by suspected Boko Haram militants, usually in areas where there are army positions.

According to the United Nations, 1.8 million people have been displaced, including Nigerians in northeastern Nigeria, fleeing across Lake Chad to safety from Boko Haram. Lake Chad is located on the border of western Chad, Nigeria, Cameroon, and Niger.

Some 27,000 people have died since Boko Haram began its terror campaign in northeastern Nigeria in 2009.

A multinational joint task force comprised of 5 countries fighting Boko Haram has been patrolling the area since 2015.