Pakistan warns India against aggression in Kashmir on national holiday 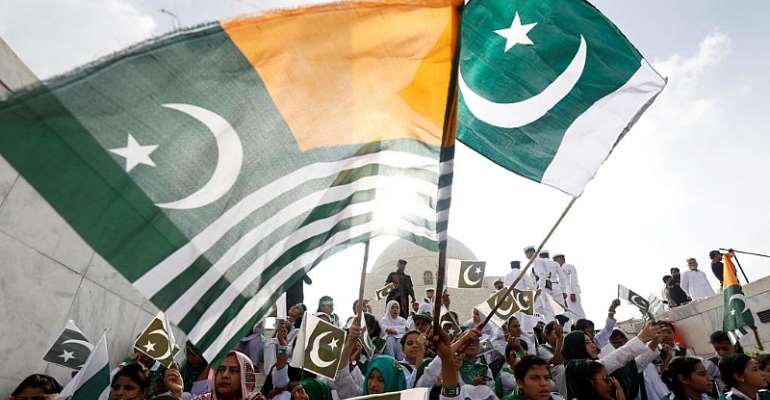 Pakistan's Prime Minister Imran Khan has warned his country is prepared to respond to any Indian aggression in divided Kashmir in a speech on Wednesday, marking Pakistan's Independence Day.

Speaking before parliament in Muzaffarabad, the capital of the Pakistan-administered part of Kashmir, Khan accused India of planning military action in the disputed region.

“The Pakistani army has solid information that they are planning to do something in Pakistani Kashmir, and they are ready and will give a solid response,” Khan said during the televised speech.

“We have decided that if India commits any type of violation we will fight till the end.”

Khan also condemned New Delhi's decision to downgrade Kashmir's semi-autonomous status and said he supported Kashmiris on the Indian-controlled side in their struggle for self-determination.

India and Pakistan fought the first of two wars over control of Kashmir a year after gaining independence from Britain in 1947. The war ended with the region divided between them, though both claim it entirely.

Tensions mount over Kashmir
They came close to a third war in February after a deadly attack on Indian police by a Pakistan-based militant group that resulted in tit-for-tat airstrikes.

New Delhi decided on 5 August to downgrade its part of the region's semi-autonomous status and has maintained an unprecedented security lockdown to contain daily protests and clashes, though reaction has been largely subdued by a curfew and communications blackout.

Islamabad responded by suspending bilateral trade and public transport links with India, as well as expelling the Indian ambassador.

Pakistan on Wednesday also called for an urgent meeting on the situation of the UN Security Council, saying the move by the nationalist government of Narendra Modi threatens international peace.

Pakistan celebrates its national day 14 August, the date it became independent in 1947.

India became independent the following day, 15 August 1947, and was planning to celebrate with festivities in both New Delhi and in its section of Kashmir.