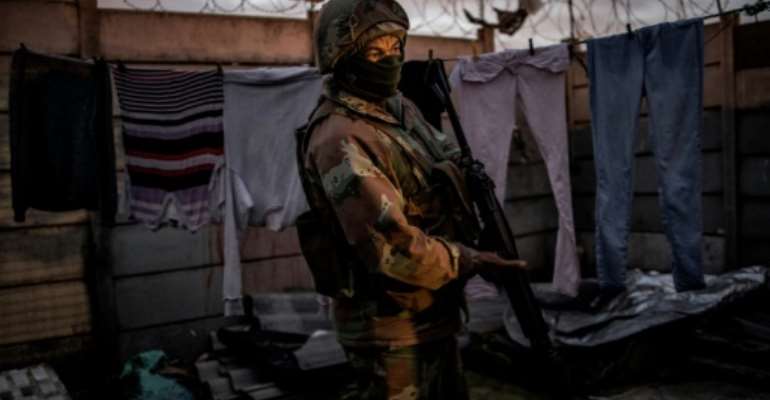 South Africa in July deployed some 1,300 soldiers to shore up the police in their battle against deadly gang violence. By MARCO LONGARI (AFP)

Waving and giggling, crowds of children scamper behind a Casspir military armoured truck trailed by police vehicles as they snake through the streets on a raid in the gang-ridden Cape Flats area of South Africa.

A few blocks down the road, the rifle and shield-brandishing forces hop off their vehicles and meander through lines of hanging laundry, before swooping in on a cluster of apartment buildings suspected to be crime hotspots.

South Africa in July deployed some 1,300 soldiers to shore up the police forces which has been battling deadly gang violence ravaging the area.

Situated on the southeastern outskirts of the touristic city of Cape Town, the Cape Flats area comprises multiple townships where blacks and people of mixed race were condemned to live by the oppressive apartheid regime.

It has become one of the most dangerous places in South Africa, plagued by gangsterism and under-resourced policing.

But a month after their deployment, the troops appear to have brought little relief for the crime-weary and poverty-stricken community.

"Everybody was elated when they heard the news that the army was going to come in because the situation was so dire, that anything to improve the situation would have helped," said Kader Jacobs, who heads a community policing forum in Manenberg township. 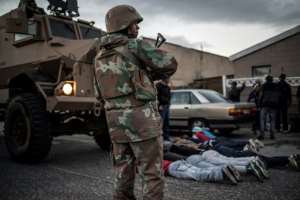 People had expected a roll-out of large scale lockdowns with specific targeting of well-known criminal hotspots and gang leaders but "there's been none of this".

"The people aren't seeing any major changes or improvements in the area," said the frustrated community leader.

Police statistics say murders in the Western Cape province rose 6.3 percent to nearly 4,000 in the year up to April 2019.

A new report on urban safety released by the South African Cities Network this year, showed Cape Town recorded the highest murder rates in the country at 69 people killed per 100,000 -- double the national average of rate recorded last year. 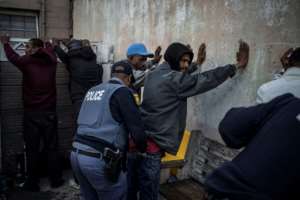 "They send in the army but the army can't do anything," said 50-year-old Sally-Anne Jacobs who lost both her son and 19-year-old cousin to gang violence over the past four years.

"The army is here but I don't know how far they can go to minimise the killings on the Cape Flats," she said.

Bowing to pressure from local government, community and social organisations after 43 murders were recorded in just one weekend in July, President Cyril Ramaphosa cleared a temporary three-month military deployment.

Working with intelligence gathered from community members and other sources, the military goes in and secures parameters allowing the police to raid and arrest - at times evoking applause from neighbours.

But the numbers of killings have not reduced much.

Despite the army presence over the past month, 47 deaths were reported on the second weekend of August -- making it the deadliest weekend since the infantry arrived.

Police Minister Bheki Cele said while "it's not an ideal world to send soldiers into communities," there has been more than 1,000 arrests so far for various crimes including attempted murder, robbery and hijackings.

In addition, police have seized 45 firearms and 1,036 rounds of ammunition.

Even with such mass arrests, locals continue to live in fear and suspect may cases won't be thoroughly investigated.

"Half of the detectives in the province have a caseload of 200 dockets or more, when the ideal number is between 50 and 60," provincial minister Alan Winde said.

"From what I've seen the army hasn't done much. Minimal to nought impact has been measured. Two guns in the last operation were found out of the many artillery we know is out on the streets," she said. 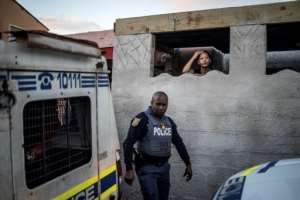 There's more to curbing crime than just military show of force, according to Pascoe.

"The social fabric of our communities has broken down entirely. We sit with broken families, with unemployment, teenage pregnancy, drug and alcohol abuse."

But the police minister says it is still "early days" of the operation as he warned gangsters that "your days are numbered."

Costing the taxpayer $1.4 million (1.25 million euros), the operational expense "would be worth it if it led to a long-term disruption in violence," said Andrew Faull, a researcher with the Pretoria-based think-tank Institute of Security Studies (ISS).

But so far the military deployment according to Faull is akin to a "political theatre".

"They are being seen to do things but they are just going through the motions. So it's performative politics."

JHS Not Increased To Four Years Or Reduced SHS Duration – Na...
30 minutes ago

We've Been Begging To Survive Over Closure Of Our Shops – N...
30 minutes ago