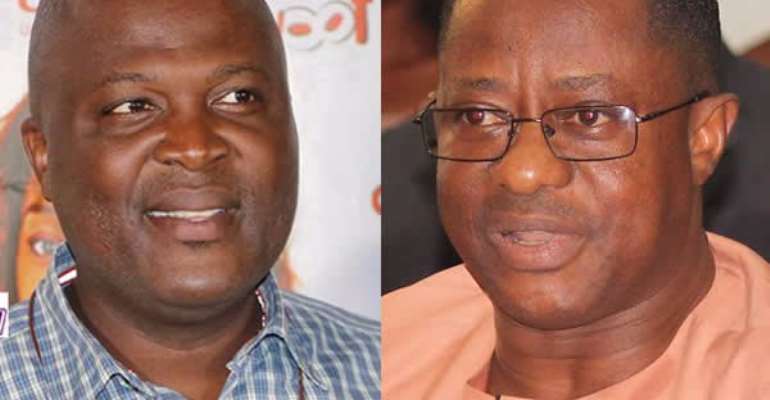 Former Chief Executive Officer of the Minerals Commission, Dr Toni Aubynn, has expressed shock at the Supreme Court ruling on the mining lease of Exton Cubic.

The apex quashed a decision by an Accra High Court that upheld that the lease was valid and could not be revoked by the Minister of Lands and Natural Resources.

However, Ghana’s highest court, a fortnight ago ruled that the Lands and Natural Resources Minister had the power to revoke the mining licenses.

Speaking to Joy Business, Dr Aubynn said the ruling will not encourage Ghanaians to get into large scale mining.

“We have all been interested in the supply chain but for a Ghanaian going to acquire the concession and going into major mining we haven’t had that before so I felt that for a Ghanaian to have gone into it, it would have required some encouragement,” he said.

To the best of his knowledge, Exton Cubic obtained the lease to mine bauxite appropriately, describing the events that led to the revocation of the license as politically motivated.

Background
The Supreme Court on Wednesday quashed the decision by an Accra High Court in the case between the mining company, Exton Cubic and the state.

The Supreme Court explained that Mr John Peter Amewu, the then Natural Resources Minister has power to revoke the mining licenses granted to Exton Cubic to prospect for bauxite.

The court in a unanimous decision ruled that the High Court judge committed an error of law on the face of the record.

The motion filed ex-parte by the Deputy Attorney General Godfred Dame on behalf of the state was for the highest court to quash the ruling by High Court presided over by Justice Ackaah Boafo since it could undermine efficient administration of justice.

On February 8, 2019, the High Court ruled that, Mr Amewu had no power to revoke the mining licenses granted to Exton Cubic to prospect for bauxite.

He said the company breached several processes in its acquisition of a mining license, a situation that makes it impossible for Exton Cubic to be deemed to have a “mining right as required by law.”

Mr Dame earlier arguing the application, said the decision of the High Court was in violation of Act 703 section 27(1), saying the act sets out the mandatory procedure for mining rights.

He said the further grant by the Judge to quash the letter written by the Minister was an error and prayed the Supreme Court to intervene to quash the ruling since the court lacked jurisdiction to enforce or protect a right which Exton Cubic did not have.

Mr Osafo Boabeng, Counsel for the interested party, said they were opposed to the application and that the applicant has not been able to situate herself within any of the sections in Act 703, for section 27 to be invoked.

He prayed the court to dismiss the application since no proper grounds of certiorari has been canvassed before the court, saying alternatively; the issue of Act 268(1) was hanging.

However, the Supreme Court which verdict was read by Justice Enid Marful – Sau said the High Court committed an error in granting the certiorari after noticing that the applicant had no mineral rights the court went ahead to quash the mining letter.

“The holder of a mineral must ensure that the mining lease has parliamentary ratification,” he added.

The Court held that the three mining leases were granted in violation of the Constitution, saying the Minerals Commission should go by laid down laws to ensure the protection of the minerals of the nation.

He said a Certiorari is granted to correct a wrong and not to protect negativity.

The Court said the Minister was required to exercise his right in the performance of his duty, and the court should not have granted the certiorari but declared the mining lease as illegal.

The three mining leases are hereby declared null and void and of no effect.

Earlier this year, Exton Cubic with Mr Ibrahim Mahama brother of the former President Mahama proceeded to the High Court challenging the power of the Minister to revoke three licenses it received to prospect for bauxite during the tenure of the Mahama-led administration.

The company in part accused the Minister of being arbitrary and asked the court to set aside the decision by the Minister to revoke its mining licenses.

The presiding judge in his ruling quashed the letter written by the Minister.