The Junction Mall Holds Security And Emergency Training For Staff 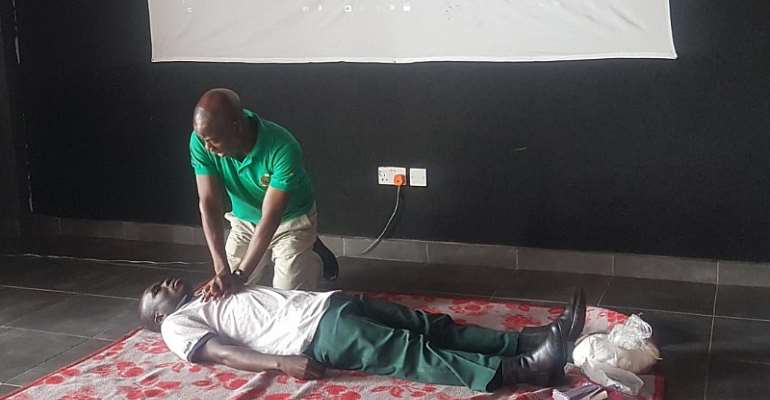 The management of the Junction Mall, a shopping centre in Accra has organized two days training workshop for over 130 selected staff on security and emergency issues.

The initiative is meant to equip the staff with knowledge and skills to save lives at the mall when the need arises.

Mr. Ebenezer Asare Amanquar, centre manager of the Junction Mall in an interview said the core of the training is to build the capacity of the staff at the mall as part of efforts to build an effective and robust emergency response team.

According to him, the training has been in existence since 2014 and it been organized twice a year.

He continued that, the training has been helpful since its introduction, though the centre has not been confronted with any serious security and emergency issues but helped them alert and safeguard all the time.

"Oh yes, it has been good, as a centre, we haven't had any serious security and emergency challenges yet but the minor ones our security service has dealt with it. , when last we had two fire outbreak our firefighters here dealt with it", he said.

He added that the training is not a day winder show rather going to continue as long as the mall exists.

The workshop brought together some representatives from national ambulance service, national police service and national fire service to lecture the participants on what should do when the need arises.

Theodore Hlormenu, the National SWAT Commander who graced the training said, Communication or Information sharing, as well as being Observant is the main key to a successful security system.

“First aid is an important skill; by performing certain simple processes and following basic instructions taught in a staff training, you can save a person’s life or extend the possibility of survival until medical care arrives,” he said.

According to him Such training, would ensure an increase in the numbers of first aiders in the country and thus help to enhance healthcare delivery.

“If first aid is applied when necessary immediately a medical emergency occurs, it increases the chances of survival for any victim,” he said.

Mr. Eugene Ahinakwa appealed to all organizations to include basic first aid training course for their workers. 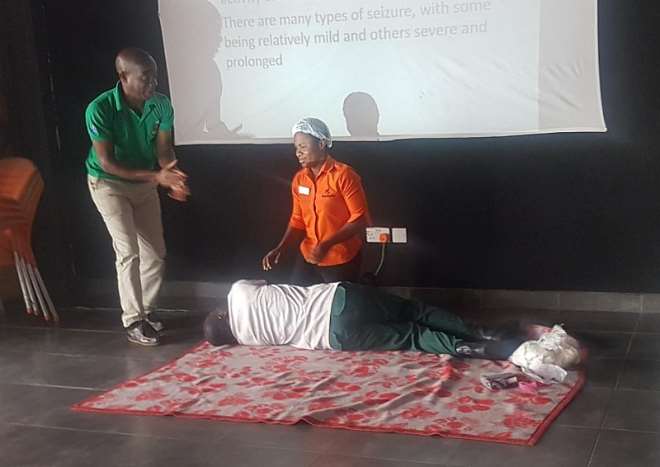 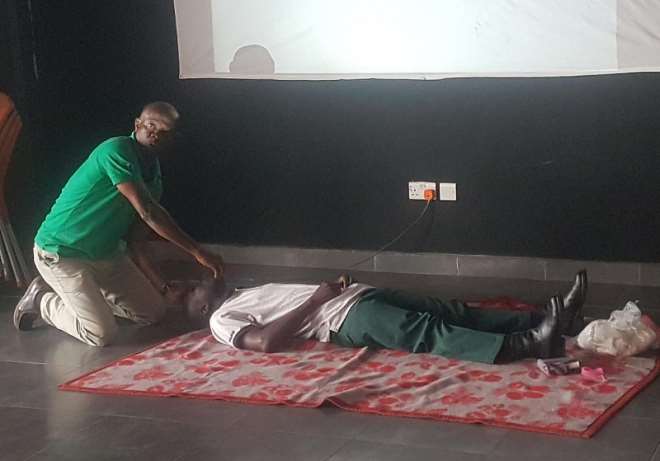