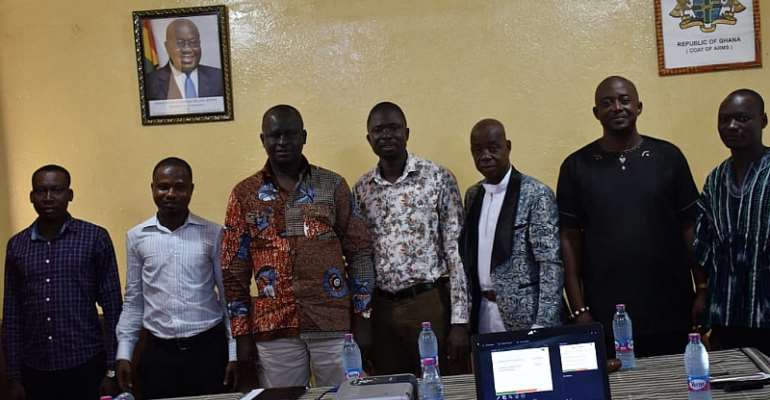 Dr Hafiz Bin Salih, Upper West Regional Minister has bemoaned the HIV prevalence rate of 0.83 per cent, being the highest in the five regions of the north, saying it is not an enviable position.

He thus called for concerted efforts by all relevant stakeholders towards ensuring that the prevalence rate was reduced to the barest minimum.

“I am not comfortable about the fact that we are leading in prevalence amongst our other sister northern regions; it is not a good sign. We need to work assiduously so that we leave this position; it is not an enviable position”, he said.

Dr. Bin Salih was interacting with members of the Upper West Regional AIDs Committee of the Ghana Aids Commission (GAC) at a meeting in Wa last Wednesday.

Statistics from the 2018 National Estimates and Projections for HIV/AIDs pegs the national prevalence rate at 1.69 per cent, an estimated population of 334, 714, with 19, 931 estimated new cases of infection, and 14,181 estimated aids-related deaths.

The Regional Minister noted that Metropolitan, Municipal and District Assemblies (MMDAs) were mandated to allocate resources for HIV/AIDS related activities and gave the assurance that he would make sure those monies are used for the intended purposes.

The Upper West Regional Technical Coordinator for the GAC, Mr Dramani Yakubu explained that the ART coverage for the region was 41.9 per cent, and noted that the low coverage was inimical to achieving the 90-90-90 global target for HIV/AIDS by 2021.

Mr Yakubu noted that the GAC was mandated by Act 938 to provide leadership, coordination, research and determinate information, mobilise resources and provide policy direction to the national HIV response.

He said though the prevalence in the region was not high, as compared to the national average, available data show the region seemed to have an upward trend in a five-year trend analysis from 2014 to 2018.

Some interventions being implemented by the government, he said, included the Free to Shine (F2S) campaign, being spearheaded by the First Lady, Social Accountability Monitoring Committee, and the Treat All policy, among others.

He added that they had also resorted to the provider-initiated testing at the Out-Patients Department (OPD) where people who visited the facility for medical care were also being tested and those positive puts on treatment.

Mr Yakubu indicated that they were also embarking on condom promotion and distribution and that in the first half of 2019, about 47,550 male and 100 female condoms were distributed while educating the public about the prevention and management of the disease.

He explained that from January to June 2019 about 35,716 people were tested with 313 people testing positive with the disease and were referred to ART centres but that only 268 were on treatment.

According to him, some people who were tested positive did not go for treatment due to factors such as fear of stigmatisation and urged the public to desist from stigmatising and discriminating against people living HIV/AIDS.

Mr. Yakubu identified inadequate funds to implement key activities and reluctance of the MDAs to partner with the TSU to roll out HIV/AIDS activities during their programmes as some of the challenges they faced.

Minority MPs stage walk out on approval of deputy ministeria...
4 minutes ago

The Ministry dispatched personnel to ask DCOP Opare-Addo why...
4 minutes ago