The Fight For The Climate; Sustainable Cities 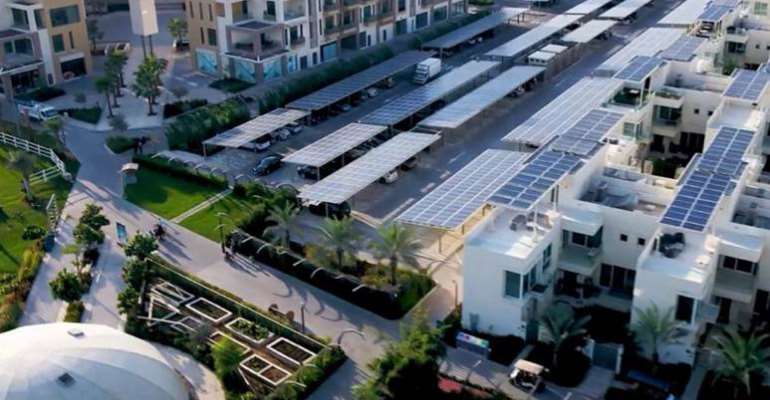 About half the world lives in cities and by 2050 about a billion people would move to urban areas. Estate developing is on the rise due to high demand of accommodation in cities. New cities and communities are being built and at this stage of creation, incorporating the idea of building sustainable cities would be the prudent thing to do and would be less expensive. Developers should be tasked to build only sustainable cities as a means to save the planet.

In this 21st century, living sustainably is not only about living a clean or greener lifestyle but also the impact our actions have on the planet. How safe are we keeping our planet and preserving it for ages to come? Climate change has become a major topic on the lips of everybody and a major talking point in conferences around the world, actively brainstorming on the need to start finding solutions to global warming, climate change and saving our planet. Owing to the California fires that has destroyed homes andkilled people, the fluctuating rainfall pattern and temperatures in the northern part of Ghana causing droughts and floods has become increasingly worrying year by year. Undoubtedly the barging effects of how serious this issue has become is glaring and actions must be taken now to curb this menace. A story written by Roni Dengler and published by The

Guardian Newspaper on 0ctober 8, 2018 reported that The Intergovernmental Panel on Climate Change declared that the world has 12 years to limit climate change catastrophe and in which to take action. If the report is true in any sense, we need to increase our aggressiveness to tackle this global issue, get all hands on deck, and every country involved in solving the problem. We need policies to encourage people to stop some unhealthy practices like waste disposal from factories into water bodies, encourage sustainable innovations to curb or reduce the fumes from cars and blatant burning of tires in the open commonly practiced in Ghana. The climate effect catastrophes such as fires, droughts, floods, landslides etc. which we all have been witnessing andexperiencing for a while is going to be worsened if immediate actions or measures are not taken now. We must know that due to the ecological cycle, whatever continued practice we make would eventually affect us some way somehow by what we ingest into our system.

Practicing sustainable development is the solution in keeping the world safe and also by respecting the land. The smarter we use our natural resources and the better systems we create for fair distribution, the more sustainable we become. Using safe technology, organic forms of farming, proper ways of disposing waste, and developing completely new sustainable communities and cities would go a long way in preserving our beautiful world.

So far the Paris agreement with long term goal to reduce global average temperature to well below 2 degrees Celsius above pre-industrial levels and to limit the increase to 1.5 degrees Celsius is a major stride in the right direction to reducing fossil fuelusage and its harmful effect on the

environment. All the countries that have signed the agreement have set targets to lead their nations to a sustainable life. In July 2017, French Environment Minister Nicolas Hulot announced a plan to ban all petrol and diesel vehicles in France by 2040, Norwaywill also ban the sale of petrol and diesel powered cars by 2025.

A community in Dubai called The Sustainable City uses totally clean energy and practices cleaner and greener lifestyle. The principal design element of this city is to reduce the energy intensity of the city hence the infrastructural design and building materials are used in a particular way to achieve sustainability. This city is powered by solar panels which also serves as a kind of roofing to provide shade in homes and at car parks. The parking spaces houses all cars in the community leaving the city clean andproviding free walkways for walking and biking. All homes are oriented towards the north away from the sun into the shade for cooler air to reduce the use of air conditioning which is not good for carbon and carbon emission. The use of ultra violet deflective paint which deflects sunlight and reduce thermos heat gain providing cooler homes and promoting dependence on natural air. Waste water from homes are treated and used for irrigation with Papyrus plant planted along river sides to bio filter water bodies. This city is worth emulating! 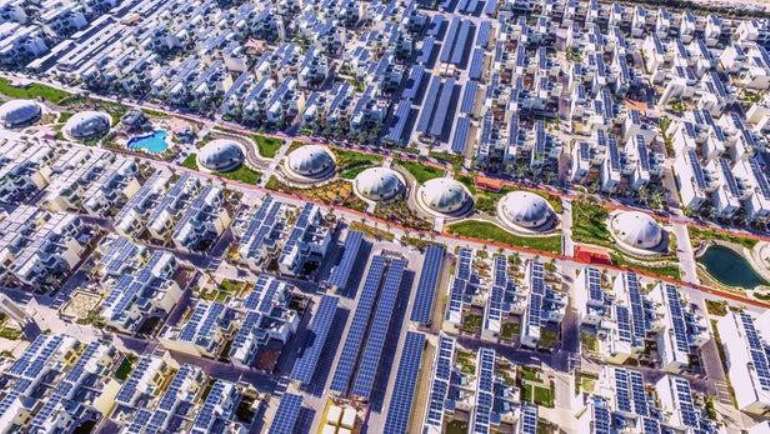 Watching this video about this city was so enlightening and exciting I started thinking of all the possibilities of every country making a conscious effort to build a sustainable city. Imagine a world where every city is “sustainable”. How healthy it would be for us as people, our health, peace of mind, a conscious society and for our environment.

This is the kind of community we should all aim at developing as a people. I am more excited about it and want Ghana to take a cue. Ghana is now 50% urbanized, influenced by the alarming rate people are moving from rural communities to cities. These cities have become hotter due to the felling of trees to make way for construction of housing and office units. It has also created problems such as overpopulation leading to the creation of slums and increase in social vices, increase in waste pollution leaving our cities unattractive and unhealthy. 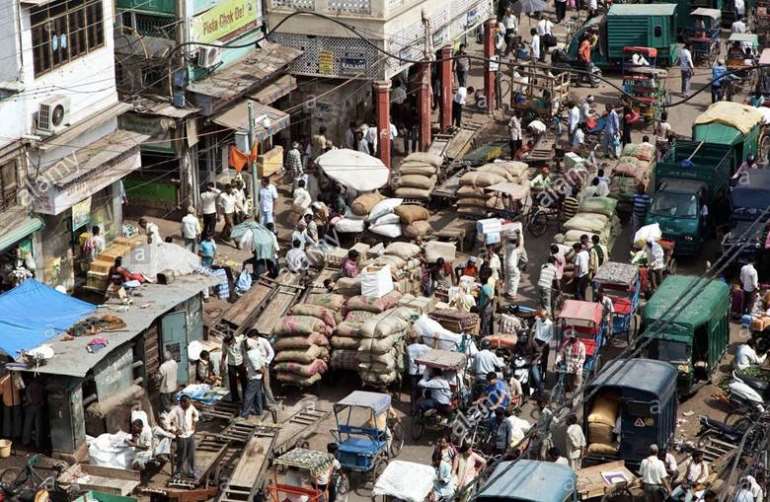 The government promised in 2016 that Ghana will be the cleanest city in Africa in five years, it has been three years since that promise was made and the situation has gone from bad to worse. Waste pollution in the Korle Lagoon in Accra, Ghana has become one of the most polluted water bodies in the world. 3000 metric tons of municipal solid waste is generated per day in Accra. Out of this number, approximately 2500 tons is collected leaving a backlog of 500 tons in open drains and water bodies. 23 percent of households practice open defecation. This problem cannot be overemphasized. 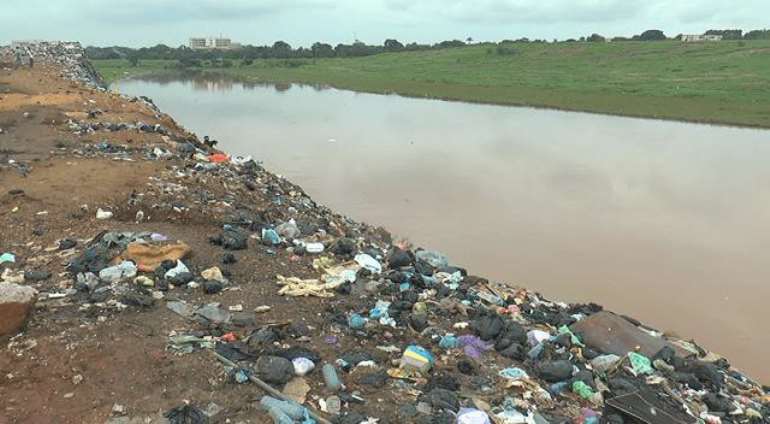 Ghana is blessed with land, and natural resources. How can we build better systems, tapping into the immense benefit of building sustainable homes, fumeless cars, and factories with natural resources?

We need to dedicate a sizeable portion of our national budget to research and development targeted at sustainable solutions for national and global impact. If we encourage sustainable innovations in every level, starting from elementary education, I believe strongly that we will be on the way to a healthier world.

A complete shift to developing sustainable cities and practicing green living can save our planet from self-afflicted environmental disaster and definitely allow us to live happier and better.