At least, Ghana is in a better position than yesteryears 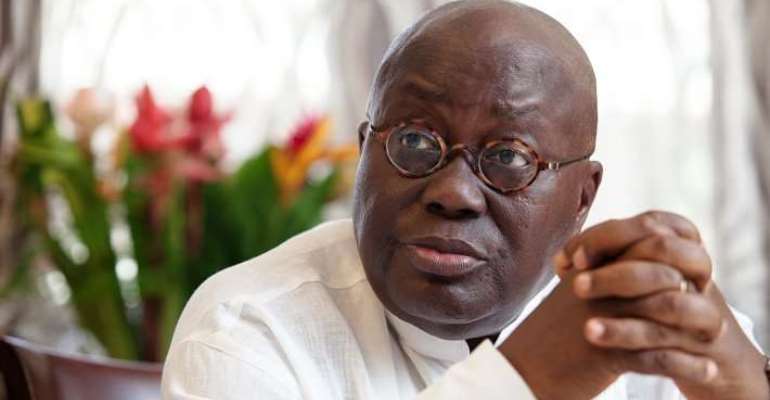 “Make the lie big, make it simple, keep saying it, and eventually they will believe it” (Adolf Hitler).

To be quite honest, it would be extremely unfair for the sceptics to insist that Ghana’s economy is deteriorating under Akufo-Addo’s watch, while blatantly failing to acknowledge the fact that the economic growth in 2016 was 3.4%, and now stands at 8.6% (GSS).

No one can hoodwink some of us into believing that the current inflation rate of 9% is worse than 15.4% of yesteryears.

Of course, the Cedi to Dollar exchange rate which currently stands at about GH5.20 to $1 is not an ideal position.

More so it would be quite unfair for the sceptics to claim that Akufo-Addo is insensitive when it comes to fuel prices, given that in 2009, the NDC government inherited a gallon of petrol at around GH3.69 (Ghanabusinessnews.com/energypedia.info, 06/01/2009), and left it at around GH18.00 in January 2017(See: Fuel prices increase by about 11%; cityfmonline.com/ghanaweb.com, 05/01/2017).

We do acknowledge the painful fact that Ghana has more deplorable roads.

The good news however is that , the Akufo-Addo’s government is prudently using Ghana’s bauxite in a barter deal worth around $2 billion with the Chinese state-owned hydropower engineering and construction outfit, Sinohydro, to construct roads across the country.

In fact, the critics cannot be entirely correct for claiming that Akufo-Addo is not doing enough to address the unemployment problem in the country.

As part of the One District One Factory programme, the Akufo-Addo’s government has facilitated more than 181 factories which are in various stages of completion across the country.

In addition, about one hundred thousand graduates have been given jobs under the rational National Builders Corp (NABCO) scheme and thousands more, including

Nurses and Teachers have been employed in the public service.

Indeed, Ghana’s burgeoning economy may not be reflecting in every Ghanaian pocket.

The encouraging news though, is that the Akufo-Addo’s government has taken pragmatic steps to improve upon socio-economic standards of living.

Take, for example, the Akufo-Addo’s government has prudently restored the Nurses and Teachers Allowances which were regrettably cancelled by the erstwhile Mahama’s administration.

Ghanaian parents are in a better position today than yesteryears, in the sense that the Akufo-Addo’s government has judiciously distributed the national resources in the form of Free SHS, which paved way for more than 400,000 children a year, including the over 190,000 children who otherwise would not have the opportunity to enter senior high school.

You may believe it or not, Ghanaian traders appear much more satisfied today than yesteryears.

Take, for example, the Akufo-Addo’s government has relieved Ghanaian traders of over eighteen nuisance taxes which had hitherto crippled their businesses.

By and large, Ghanaian traders are in a better position today than yesteryears, as the Akufo-Addo’s government prudently reduced benchmark values (30% on cars and 50% on goods.

Over all, the lives of Ghanaians are being transformed steadily through the numerous pragmatic interventions, such as tax reductions (including import taxes), favourable economic growth, low inflation, gargantuan savings on free SHS, amongst others.

In fact, the NDC loyalists cannot convince some of us into accepting that they can manage our scarce resources better, when they carelessly paid a purported GH800 million dubious judgment debt, including the GH51.2 million to Woyome, $30 million to the Waterville and $325,000 to Isofoton which resulted in the drastic reduction of capital expenditure and as a consequence, most contractors were not paid by the erstwhile NDC administration.

Mind you, it will be extremely difficult to believe that NDC government can mobilise our revenues efficiently when former President Mahama’s brother, Ibrahim Mahama, nearly evaded import taxes to the tune of GH12 million?

How can the NDC operatives boast of excellence in economic management when they wilfully misapplied $175 million loan facility secured in 2012 which was meant to provide seven district hospitals?

Let us face it, NDC cannot boast of excellence in financial management when over GH200 million SADA funds invested on trees burnt down and guinea fowls mysteriously flew to the nearby Burkina Faso without a trace.

Take my word for it, dearest reader, the future is indeed looking bright under President Akufo-Addo, who against all odds, has managed to safeguard Ghana’s bauxite which Mahama’s administration shockingly decided to give away 58% to family and friends just about a week before exiting power.