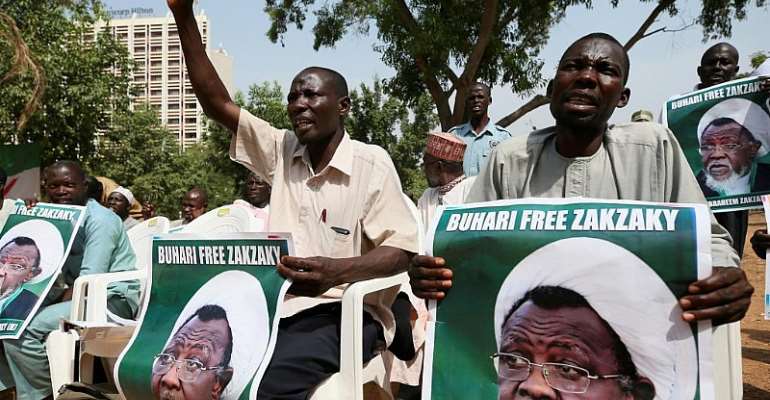 Nigeria's Shia leader, Sheihkh Ibrahim Zakzaky has arrived with his wife in Delhi, India, on Tuesday in order to receive medical treatment, according to Indian media. The couple were temporarily released from prison in order to get urgent medical attention, according to the community spokesman Abdurrahman Abubakar Yola.

Zakzaky and his wife have been in prison since 2015 after Nigerian security forces stormed their Iranian-backed Islamic Movement of Nigeria (IMN) headquarters and reportedly killed 350 people.

According to Yola, who called their jail conditions “dehumanizing” and claimed the Sheikh, who lost an eye during the security forces raid, had been poisoned in prison.

“As a result of all these physical and psychological stresses, the Sheikh suffered series of mild strokes and is at the risk of further recurrences,” according to the spokesman's statement.

His wife is also suffering because of the shrapnel that is still lodged in her body after the raid, adding that both husband and wife have not been able to make court appearances recently because of their poor health.

“They have been battling ailments that could not be treated in Nigeria, as posited by the foreign medical experts that earlier in the year assessed their health condition,” wrote Yola. “Undoubtedly, both risk losing their lives had this favourable ruling been denied or further delayed,” he added.

A Nigerian court gave them permission to leave for Delhi on Monday, but they are under security escort to ensure they will return to Nigeria after medical treatment.

Zakzaky is accused of being linked to the death of a soldier who died during the raid.

His followers have repeatedly petitioned for the couple to be released so they can seek medical treatment.

IMN followers claim that Sunni Nigerians, who are the Muslim majority in the country, have been persecuting them.

IMN was banned by the government in July after violent protests, where a number of people have been killed.