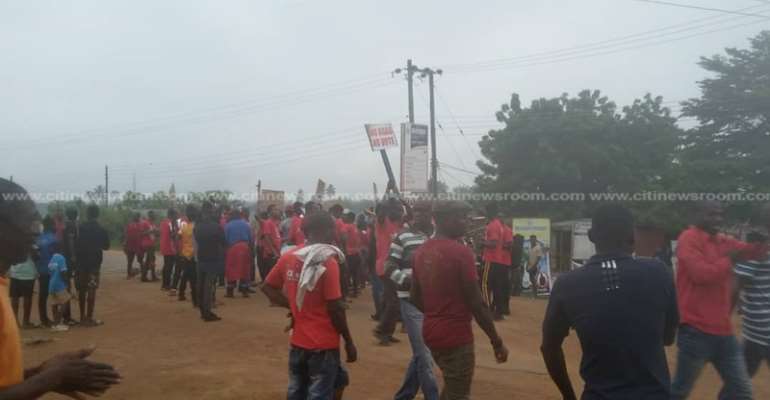 Angry drivers in Pokuase Mayera in Ga North Municipality of the Greater Accra region and residents have blocked portions of the road to protest the deplorable nature of their roads.

According to the drivers, the stretch has been in a bad state for over a decade.

The protestors blocked the road at four different spots.

Previous complaints to authorities have not resulted in any substantive action.

“They worked on a bit of the road for us. The put the first coat of tar and it wasn't even up to one inch. When it ran the whole road was spoiled again,” one resident told Citi News.

“Right now people's cars spoil on the road. The road is not good at all,” another resident complained.

They also highlighted the danger of the road during medical emergencies.

“If someone is seriously sick and you are rushing the person to Amasaman for health care, if you don't take care, the person will die.”

One of the residents also felt the need to take the day off work saying the protests were critical.

“It’s very sad but we have to do it for us. It is for our own good. If we don't for ourselves now, the road will not be fixed,” he told Citi News.