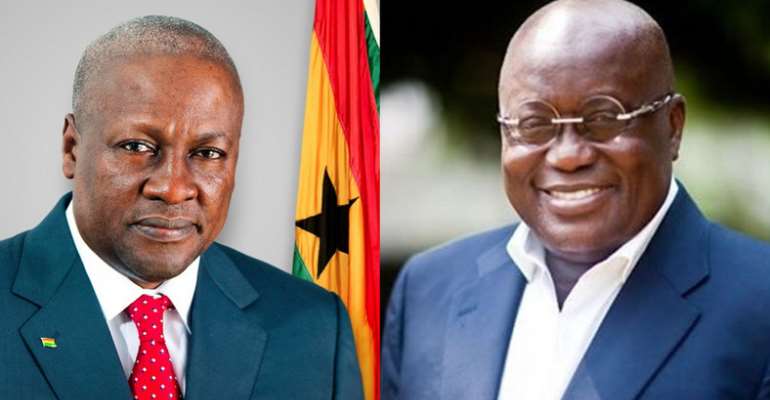 “Winner-takes-all” is a popular phrase in Ghanaian politics, which is a term for winners of an election taking all the goodies in the governance and political arena. This article may bust your bubble because it takes a different view of this phrase.

There is a local Ghanaian adage “Twi” which literally translates, “if you eat it alone, you suffer the consequences alone”. The winner-takes-all syndrome in this article concentrates on the focus of blame of the actions taken by individuals, appointees in governance, various organs of government, among others. Because the winner of an election takes all the positions in governance, they take all the blame for any problem no matter its origination. This makes identifying the source of a problem and who to hold accountable to help solve the problem very difficult. This has led to myriad unsolved issues among the citizenry, politicians and government officials due to what I term “Misplaced Problem Causative Identification”. This is where the problem maker/causer is not the focus of identification or attention but either the appointer of that person or the government/political party the person belongs.

There is a saying that “governance is a continuum”. That is, a government inherits all the goodies and problems of its predecessor. In Ghana, every problem is laid at the feet of the President, and this leads to ranting and arguments on various radio and TV programs for weeks, until another issue rears its head and the old issue is forgotten with no real solution found. This has led to many irresponsible citizens, civil servants and appointees taking advantage to do whatever they want since they will hardly be held accountable by the public. This has failed us in many aspects of our living in the country.

Sanitation in our cities is one area that the country has failed and will continue to fail if the means of tackling the problem is not altered. No government or President can make the country clean. Do not get me wrong, the only person that can correct a wrong is the wrongdoer. If another person tries to correct the situation without a change in character by the wrongdoer, all the efforts will be in vain. I normally hear people blame the government for the lack of enforcement of sanitation laws and production of bins in the cities. These are very good points where I also believe various governments have failed. But I ask, ‘So because there are no bins, is it justifiable to litter around?’ The answer is a No. You will be shocked that even places with bins are still littered; this shows bins are not necessarily the answer. I ask, “those with no toilets in their homes, do they defecate any how in their homes?” If no, good, it means a lack of bins does not justify throwing rubbish anywhere. We throw rubbish anywhere, and if drains are choked and disaster befalls, we blame the government. Until the causative agent of poor sanitation (CITIZENS) change, the government cannot solve the issue.

Galamsey, another problem that has been an albatross around the neck of Ghanaians over the years because of the issue of misplaced problem causative identification. Galamsey (illegal mining) takes place on and under the land. In Ghana, government controls not more than 20% of the lands (Appiah, 2011). Most of the lands are customary lands, vested in chiefs and family heads by communities and families respectively. So, is it not logical to go to those who control these lands to investigate how these illegal miners gain permission to the lands they use in these activities? District Chief Executives (DCE), government appointees, are tasked and held responsible for these activities knowing very well they do not control or have any power over these lands. Until chiefs are held responsible and tasked with stopping these activities, governments may try but we will not solve the issue, as has been witnessed over the years by successive governments failure in eradicating this problem. “Galamsey and Chiefs” is an area, we will look at in the future.

These are just two areas I would tackle for now, but yearly we see Public Accounts Committee reports with numerous misappropriations by civil servants and nothing is done about it because they will hide behind political parties and president who mostly take the blame. Criminals who should be dealt with by law as individuals will be clothed with political colours and the issue of the matter will be lost in weeks of deliberations on radio and TV political shows.

This syndrome has led to a confused media space, citizenry and politicians. Confused may sound a little harsh but do not get me wrong, I do not mean it like that. We talk about issues every day, but we get fewer results mainly because we have misplaced the direction of our rants and questioning. Because we voted a political party into power does not mean they are to be blamed for everything that happens in our lives, and they cannot solve all our problems. Our expectations and misplaced focus of blame have fuelled the creation of political liars, hypocrites and incompetent politicians.

Opposition parties, realising that the citizenry lacks focus in terms of problem causative identification and interrogation, always set agendas which will be taken up by the media and later citizens. This leads to weeks of ranting and arguments between political parties in the media space with no definite result at the end.

If we can identify who is causing what, we can start our problem solving from there and I believe that will yield more results than how we have tackled issues in the country over the years; where we start by accusing the President and government that made the appointment than the appointee or whoever that is causing the problem.