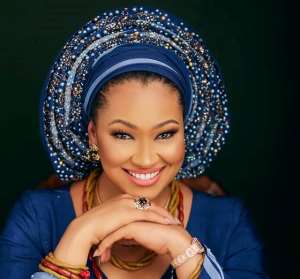 It is fundamental human right of every citizens of the country to participate in politics and to seek for elective position for the purpose of being voted for. While the constitution gives us this freedom, exercise this at extreme could as well be regarded as abuse of the right and freedom. This happens when this right negates the collective will and interest of the populace.

Natasha Akpoti who in the last National Assembly election contested for Senatorial Seat and lost out to the Candidate in the ruling party in the State has formally announced her intention to contest for the Kogi gubernatorial election comes November, 2019. Natasha Akpoti declares that consortium of women in Kogi State bought Social Democratic Party’s Form for her to contest for the forthcoming gubernatorial election in the State.

The declaration of Natasha Akpoti comes as a surprise to the lover of Ebiras like this writer who question the genuineness of Natasha for the guber seat. The question arises as Natasha Akpoti in recent time has been pursuing the legal challenge of her senatorial election in the last election and not yet done with it declares again for another mission of impossibility.

I called it mission of impossibility because she contested for senatorial seat under an inconsequential party like Social Democratic Party, a party with no grounded structure and lost out to the ruling and how sure she can make it again gunning for the Governor of the State in such party? Does Natasha Akpoti has adviser at all? Who is pushing her?

I asked this question because the way I ponder over this issue, she is coming for a spoil game? She is coming for divides rather than contributing to the advancement of Ebira interest. I am sensing that she has been sponsored by born to rule set of people who have made up their mind to oust Alhaji Yahaya Bello out of office by all means. I am sensing that she has been planted to contest under SDP with a view to reduce the block vote the incumbent Governor will get from Kogi Central.

Does Natasha has Advisers at all? Does she know the next election is not all about Governor Bello? Is she aware that the next election is not all about the performance of Governor Bello rather a silence battle between us and those who claims that the headship of the State belongs to them while others whom they regarded as minorities in the State should be servants?

I must ask again, what good structure does SDP has across the State propelling Natasha to seek for the governorship seat. SDP did not win any assembly seat in any local government in the State and what is her hope in wining. What is the point in gunning for the guber seat when good party structure is not her favour? If she is aspiring under APC or PDP now, I would have reasoned with her that may be she is aiming for Deputy Governor Slot. Coming out under SDP implies that she is truly not a serious type.

I must therefore make it clear to her that Ebira people have lost good opportunities in the time past owing to the divides and rule attitude of some self-centred politics who will collect money from somewhere and come home to lure supporters to their side with the aim of making it difficult for Ebira people to speak with one voice.

This our present generation are wiser now can’t afford to lose our chances for whatever reasons. So, we cannot take the risk of losing out Governor Bello due to divide and rule attitude of self-centred politicians. I quite agreed that Governor Bello has not really impressed the people of Kogi central in terms of performance but we have no option than to support him again. We are very optimistic that he shall make amend in his second term in office. So, Alhaji Yahaya Bello is our big Masquerade for now as we don’t need any other one.

So, I enjoin those close to Natasha to advise her to go and sit down as going further will obvious implies that she is coming for a spoil mission. If someone somewhere had given her money to contest, she should quietly use that money for something else for the advancement of Ebira kingdom.

Shaibu Stephen Ojate is a Journalist and public affairs commentator write from Abuja. He is on WhatsApp and reachable via phone number 09075716236